MEAT LOAF, ME AND JESUS! 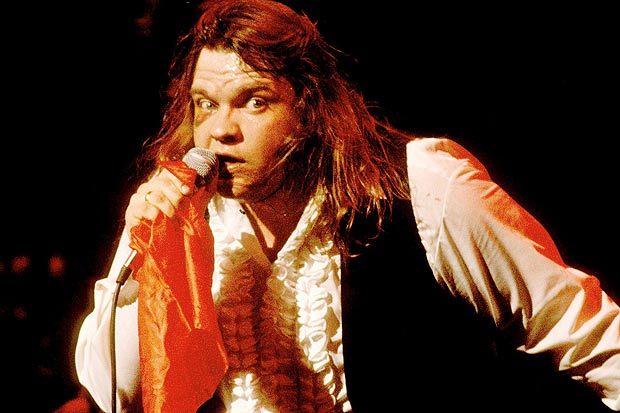 Meat Loaf. Now that might be a really guilty pleasure. I was watching a documentary on Meat Loaf. It took me back to early 1978.

I do not only remember Meat Loaf’s debut performance on The Old Grey Whistle Test but the conversations the next day in school. Those of us particularly interested in music were all over this performance. We had seen or heard nothing like it. Bat Out of Hell blew us away.

The album however was not easy to get. Bat Out of Hell was originally a slow burn (forgive the pun!). It took awhile to find its way into Ballymena record shops. My first copy was a recording on cassette. It would be the end of the summer before I bought my own copy, during The British Open at St. Andrews!

I remember days where I listened to that record all day long. That was not something I tended to do. I had played Sweet’s Block Buster so many times in a row that I tended not to do that.

I could not get enough of it and even now I see what caught our attention. Bat Out Of Hell was Queen through a blender with Bruce Springsteen. Indeed, E Street Band member Roy Bittan played piano and it was how a friend introduced me to Born To Run. Bat Out Of Hell was bombastic and dramatic but Jim Steinman’s songs were so strong that you forgave that and maybe secretly liked it. I mean Two Out of Three and You Told The Word Right Out of My Mouth are great songs.

It was full of desire, a lot of it sexual. It is not lost on my looking back four decades later that I was sixteen and not doing well with girls so it probably reached my teenage hormones. Jim Steinman’s songs though have more going on than sexual lust.

There is a lust for life. These are songs about milking all that life has to offer. I was a year away from finding Jesus. In my favourite verse in John 10:10 Jesus speaks about “life in all its fulness.” Bat Out of Hell might not have the creed, though heaven and hell are a core part of Steinman’s lyrics, but it is an adrenaline rushed soundtrack of that life in all its fulness.

To be fair it really helped that producer Todd Rundgren understood songwriter Jim Steinman’s vision and crafted the songs into a stunning piece of rock music. The melodies are strong. The playing has flourish. Meat Loaf has charisma. Some songs are long but there is not a wasted second.

For Meat Loaf it never got better. Oh I enjoyed Jim Steinman’s solo record Bad For Good and Meat Loaf’s eventual follow up Deadringer but nothing ever quite reached the heights.

Indeed when in 1993 Bat Out Of Hell II was contrived from its sound to its cover to how they sold it. The music business svengalis conned us all into buying the follow up. They gave us the sound, the image and took us back but I was almost twice my age with different tastes in music and at a different stage of life. We all bought the nostalgia and though there were some good songs, it was no longer who we were. When I took it to a second hand shop they refused to take it. They had so many already!

Don’t get me wrong. I still come across Meat Loaf’s songs that I like. I am not sure I have listened to an entire album through since about 1982 but every now and again I want to hear that voice, that Steinman arrangement, a little bombast. Maybe I am looking at that wee bit of nostalgia that was over dozed on Bat Out Of Hell II. Maybe I am looking for that adrenaline rush that thankfully for me is more than a rock roll dream come through but a real life imaginative way to live come true!