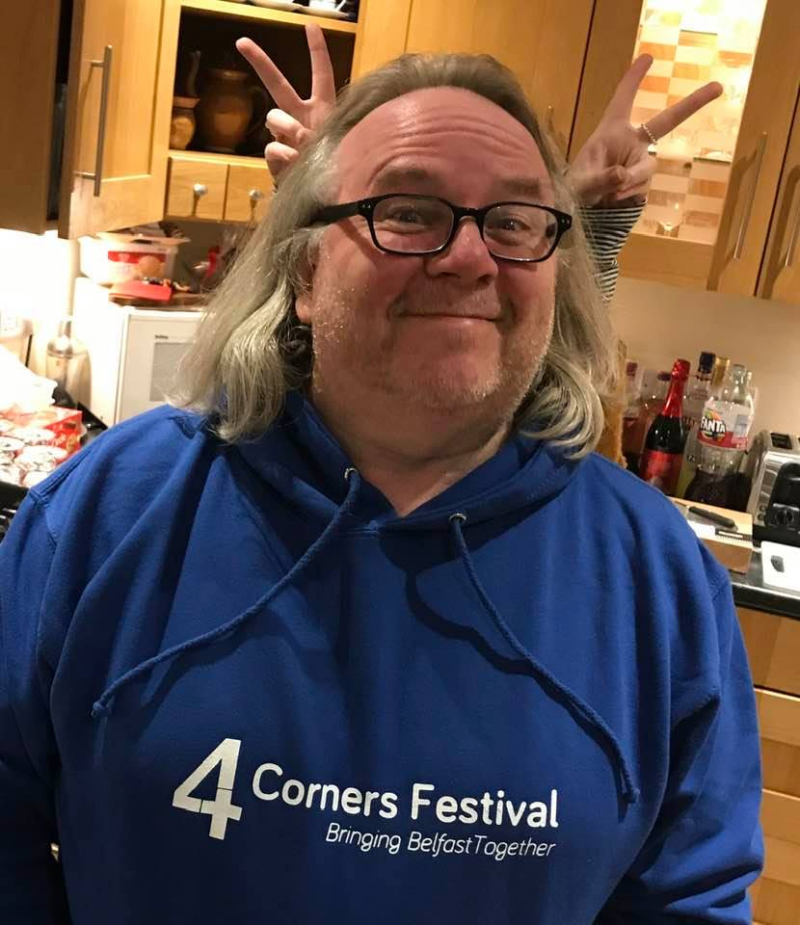 Building A City Of Grace, The 8th Annual 4 Corners Festival kicked off this morning at the University of Ulster, York Street campus with Sixth Formers from schools across Belfast coming together to imagine what a City of Grace would look like. They have been looking at architecture of the city and creating poetry that will be published as soon as Monday night!

So… we are up and running. Tonight to a sold out crowd in Fitzroy I will be asking Gary Lightbody what he eats by the word grace when he sings it in Chasing Cars. Tomorrow knitters from across the four corners will be knitting the city together and we will be under the cranes in the evening listing to the poetry of Beano Niblock and Linda Molloy as fellas the songs of the legendary Tommy Sands…. and for the next ten days the programme goes on!

This morning I surmised… what if we all did some gracious act during the Festival. What if we went across our boundaries and helped someone do something? What if we gave food to or volunteered at a Food Bank. What if we helped a homeless person? What of we cut our neighbours grass or left a real for an elderly person on our street? What if we went somewhere in our city that we have never been and spoke to someone from “the other side”.

What if we started intentionally these next ten days to build a city of grace… did some good neighbourliness as Alan McBride calls it… even loved our enemies?

Would the city be worse off for it? Would we? Might we make a wee shift in the direction of this wonderful and wounded city and start something that could go deliriously out of control!

Let's start tweeting "What if?" ideas and adding the #4Corners2020 hashtag. Your idea might inspire someone else.

Go on… be a builder of a city of grace!