Home Archives Profile Subscribe
EVERYTHING JESUS SAID AND DID ARE RIGHT HERE IN THE NATIVITY
CHRISTMAS... AND X-MAS. ENJOY BOTH BUT GET THE BALANCE RIGHT! 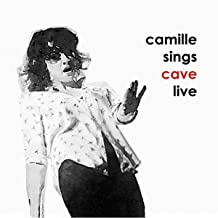 Irish singer, with a French mother, Camille O’Sullivan grabbed all of attention in a performance on Later… With Jools a few years ago. It wasn’t just me. The Telegraph chose her dramatic performance of Kirsty McColl’s In These Shoes as one of the best 25 Later… With Jules moments ever.

To be honest if O’ Sullivan had been only been about the theatre of In These Shoes she wouldn’t have gained traction. However, she was more than the bluster. Her albums Live@The Olympia and Changeling revealed a woman with the vocal abilities to cover a host of possibilities, Bowie, Radiohead, Tom Waits and even Snow Patrol. Cave was always heavy in the mix.

Camille brings all her drama to the piece. Her trademark raucousness to the sinister, Murder Ballad, Stagger Lee and brings it to a whisper in the haunting Skeleton Trees.

Then there is the beauty of Into My Arms which comes across as that Van Morrison hybrid of romance with a Gospel tinge in the recognition of the divine.

Ship Song and People Ain’t No Good begin with the barest layer of lush piano before gig off on one.

Don’t think for a moment that O’Sullivan is doing for cave what Jennifer Warnes did for Leonard Cohen with her Famous Blue raincoat album from 1987. Warnes gave Cohen a more accessible hue. Not so much with O’Sullivan. She is not bringing Nick Cave to a Mary Black audience!

Camille O’Sullivan takes on a ride and deep catalogue and bring her unique stamp on it (with her shoes!!!) without losing the reverence the original songs deserve. A more than worthwhile venture. I would love to have seen it live.