WHY FITZROY DO THE GOSPEL ACCORDING TO... SERIES 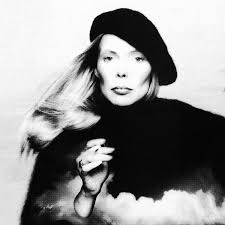 (Sunday October 6th 2019 sees Fitzroy present The Gospel According To Joni Mitchell at 7pm. Here is why we do such evenings)

The Gospel According To... Series came about, as many good ideas, by accident. During my days as a University Chaplain we raised thousands of pounds to take students to South Africa to volunteer with Habitat For Humanity. At the launch of my book Walk On we had gotten local artists to cover U2 songs and so we went for it again as a fund raiser.

Then we did Johnny Cash. Then Van Morrison. As part of these tribute nights I started to “Preach Jockey” them; that is to link the songs with commentary of a spiritual nature. I had been creating sermons through songs and chat on my BBC Radio Ulster show Rhythm and Soul for ten years.

When I arrived in Fitzroy in 2008 it was a natural thing to repeat the idea and then develop it. The great advantage at Fitzroy was having an amazing array of talent, not only able to perform the songs but absolutely passionate about doing so.

The creativity and ability of my congregation has widened the scope of The Gospel According To... Series. We now have not only done the rock music of Leonard Cohen, Van Morrison, The Waterboys, Bob Dylan, Christy Moore and Bruce Springsteen but we have now stretched the canvas to include Harry Potter, The Lion King, Narnia, Les Miserables, West End Shows and Van Gogh. When Jonathan Abernathy-Barkley was our assistant we had other colours in our palette. Dave and Lorraine Thompson have brought the Disney and Pixar movies into play too.

With my penchant for all things U2 we have done a variety of events around their work. As well as The Gospel According To… U2 we have had an evenings on Songs Of Innocence and Joshua Tree. Songs of Experience is being prepared for the autumn, around time the SOE Tour arrives in Ireland.

Not everyone understands the concept. Some say that it is baptising secular music. For me it is not anymore baptising the artist in performing a song than it is to quote a novelist or poet in a sermon. Some seem to struggle with the idea of the Gospel of Bruce Springsteen. Of course it is not called that. It is The Gospel According To… It is seeking out what Springsteen or whoever says about Jesus and faith.

There are six important things that I am attempting to do through these evenings: -

USE OF CONTEMPORARY CULTURE IN SHARING FAITH

Since I started trying to share my Christian faith in the early eighties I have constantly attempted to cross the gap from Scriptures into the culture by using the arts as a bridge. The use of quotations from all kind of sources has been rife in preaching for centuries. I just felt I could reach a younger, perhaps more secular audience by using quotations they would relate to and maybe be surprised I would use. This has all a Biblical model that from Acts chapter 17 where Paul does what I am doing; he takes the art and poets of the city, quotes them and then uses them to draw people to the truth of Jesus. This is an effective way to communicate in a cultural context.

It was Marshall McLuhan who said, anyone who thinks there is a difference between entertainment and education doesn’t know the first thing about either. The ability for people to engage and listen to the entertainment that surrounds and near saturates them is for me a vital part of discipleship. If we think entertainment is just noise I believe we are wrong! The discernment of Christians to understand what they are listening to, reading or watching is a vital part of the job of a pastor. I believe that if Jesus is Lord he should be Lord of our aesthetics. I believe in iPodic obedience! There is art that can give us a healthy soul in a positive way. I wrote my MTh dissertation on this idea.

My hope is that The Gospel According To... Series awakens people to think about their art. I also hope that it will exercise the muscles of our imaginations as we connect art and faith. The most positive outcome of this series for me is that my very own children will often say to me that they have heard a song, read a story or watched a movie that we could do a Gospel According To... on. They have learned to look for the spiritual in their entertainment. Success!

In his book The Contemporary Christian, John Stott speaks of not being so caught up in the Word of God that we miss the contest of the world that it needs to apply into. He suggests it is necessary to listen and have a grasp of both. One of the ways to get a handle on the issues of the day is by engaging with the art of the day. It is a window into the soul of the society. The Gospel According To... Series gives us an opportunity to listen.

In the introduction to my book The Rock Cries Out I suggested something more than Stott's Double Listening. I was aware in my own spiritual formation that rock music had played a major part in God'sspeaking to me, leading me back to the Bible to wrestle with social and personal issues. God was speaking in unexpected places. Of course this wasn't an original idea. From Clement of Alexandria in the Second Century to John Stott again, this time in his book The Incomparable Christ, "there seems to be truth among all men." Again we might here God if we were able to listen and this Series is aimed at helping guide us in this listening.

A GENTLE WAY FOR PEOPLE TO COME INTO CHURCH

What the Series has done is draw many people into or back to Church. For whatever reason many people have problems in coming to Church. They have stereotypes or have been damaged by Church experiences. What we have found is that The Gospel According To... Series has done is to encourage such folk into the Church again and reassess their relationship with it.I often describe it as a Burning Bush, an intrigue that catches people's attention draws them closer to sacred ground.

THE USE OF PEOPLE’S GIFTS

This was a bi-product that I hadn’t gone looking for. After we had done a few events in the series I realised how fulfilling it was for those who sang or played. Church is often not a place where arts are encouraged and many musicians, singers and performers feel that they cannot easily bring the life of art and faith together. To be allowed to use their gifts for God in these musical ways has not only been a an opportunity to develop and hone their gifts but also to grow in spiritual confidence as they find a role within the Body of Christ.

As well as the Joni Mitchell evening, watch out for The Gospel According To Female Pop Singers in November  2019 and in 2020 a potential new series called Theological Jukebox with the same raison d'etre as this blog.