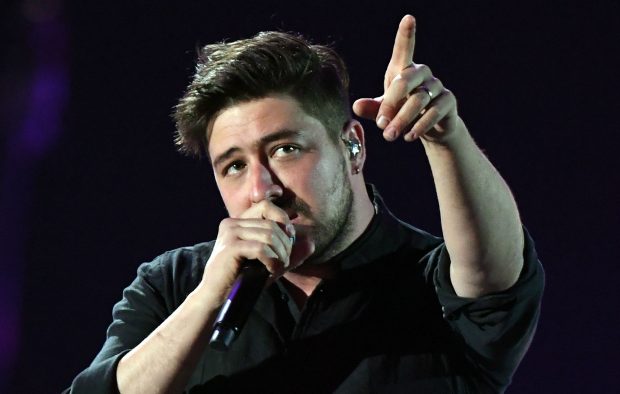 The Grenfell Tower tragedy has inspired two songs released in recent days. First we had Guy Garvey taking it on in White Noise White Heat from the new Elbow record Giants Of All Sizes. Now it is Marcus Mumford on the new Mumford & Sons single Blind Leading The Blind.

Both songs deal with the injustice of the British class system. Whatever which way we look at Brexit the evidence of an acute division between rich and poor is evident. Sadly it became most tragically exposed in the 72 deaths in that Grenfell Tower fire.

For Marcus Mumford Grenfell is personal. Up in the night with his one year old daughter he watched the tragedy unfold out of his west London apartment. He attended the Memorial Service.

In this new song, Mumford take us all on, himself too. This is a song that asks questions of our society, our leaders and our own personal actions. In a world where he fears that the blind are leading the blind, Mumford asks us to bring the injustice back down from the political to the personal.

Awhile back Radio 4 presenter John Humphrys took a swipe at Pause For Thought on BBC Radio claiming it to be pointless and dull, just people telling us to be nice to each other.

It is that revolutionary potential of “love your neighbour” that Mumford & Sons seem to be advocating on Blind Leading The Blind.

I need to know the name of my neighbor

I am not known if I’m not seen or heard

We need to love our neighbour. It starts by asking their name. It is about being prepared to stop making them invisible. Relationship dilutes our fears.

The lack of love for neighbour, even the awareness of neighbour enrages Mumford. The cynicism and apathy in our society causes him to use the F word that some will spend all their time obsessing about. It will be travesty if we are more concerned about the use the word than the injustice that it is used to rage against.

In the end the potency of revolution is profoundly simple:

So, put your hand in mine tonight

And I will be here

When you’re crying out tonight

I will be here

These could be the words of Marcus Mumford as he seeks to be there for his injustice stricken neighbours or they could even be the words of God himself. Or perhaps the two might blend as the love of God is transmitted in the outstretched hand of a compassionate human being.

I need to ask your name!