I HAVE STOPPED KILLING SPIDERS... 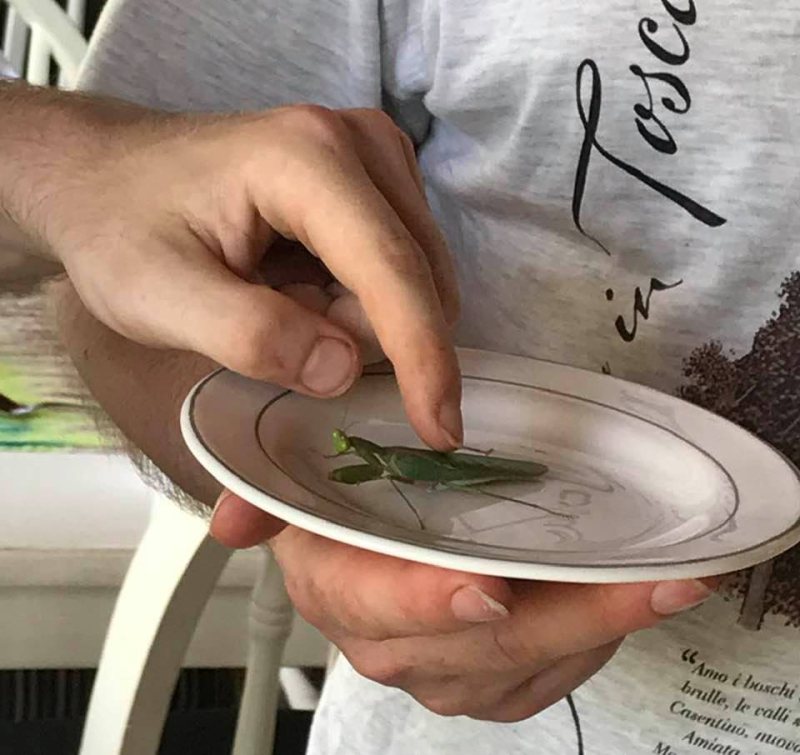 (my Pause For Thought on the Vanessa Show on BBC Radio 2... the theme was The Wonders Of Nature...)

I have stopped killing spiders. Even if they are one step away. Why? Well, I was given a new perspective on all insects. I have a friend called Neville who loves creepy crawlies. And knows all about them. If you are with him and see a spider he will pick it up and no matter how small will tell you the kind of spider and the gender.

So, this summer in Africa he was in his element. He gave a couple of hours palliative care to a dying Citrus Swallowtail Butterfly and spent a lunch in Murchison Falls Safari Park with a Praying Mantis on his head! It was like having the Richard Attenborough of creepy crawlies on tour with you. I learned a lot!

What Neville’s relationship with bugs does is that it changes mine. I lost my irrational fear and became utterly fascinated. Insects became a wonder of nature and I began to understand their place in the cosmos that, as a believer, I believe God designed.

I thought of all of this while I watched in horror as English footballers were exposed to shocking racist abuse in Bulgaria. A commentator suggested that the Bulgarian fans needed educating. I then thought of Neville’s work with me.

Hatred is compromised by friendship. It is difficult to racially assault people you know. My prejudices in the sectarian atmosphere of Northern Ireland disappeared when I got closer to those on the other side of that divide. It took away my irrational fears and ignorance.

If insects are fascinating, then humans are even more so. As a Christian I believe that God made all the wonders of nature but he left a special imprint on human beings. We are made in his image the Bible suggests.

If I take that idea into my day then I see all of my fellow human beings with a whole new perspective. In spite of prejudices that I work to eradicate I will not step on other people’s differences but will marvel at them, cherish them and pray that they will find the fulness of their humanity in the image of God.

Don't mess with a Mantis... (don't know if there's an analogy with humans that's appropriate or not on that one!):

What about the Holy Spirit. Before I was a Christian I knew plenty of people from other races. I was 'friendly' too them. It didn't matter. I still thought less of them, I still told jokes bout them behind their back and I preferred the company of my own race. That is not true now but its only because I became a Christian and repented and saw the truth that you talk about that we are all made in God's image. Now some of my closest friends are from other races and countries. Your article is incorrect.