Home Archives Profile Subscribe
TOMORROW IN FITZROY 20.10.19 - BEING WITH CREATION
THE WORLD HAS MORE THAN SEVEN WONDERS (2019 Re-Write)

ELBOW - GIANTS OF ALL SIZES 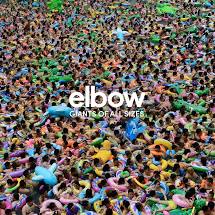 Elbow fascinate me. I would not call them a favourite band but I have so much appreciation. Their last record Little Fictions didn’t cross my radar but I have loved Seldom Seen Kid and The Take Off And Landing Of Everything. This one is up with those.

There is a near eccentricity about Elbow’s beautiful layering of instrumentation and then of course Guy Garvey’s lyrics are on the poetic end rock lyrics. Garvey’s love of Joni Mitchell explains his rather unorthodox lyrical shape but it plays havoc with melodies. That might just mean that Elbow records need more listens, a little harder work.

World issues get a wrestling with too. Empires, my favourite, reminds those of us stressed about Brexit that every day across our globe is an end of the world for some. It is sensitivity sobering and a agin a perspective shifter.

White Noise, White Heat moves close to protest music. This is all about Grenfell Tower and the injustice that the poorer communities in our societies suffer. Garvey sees himself as “some Blarney Mantovani with a lullaby when the sky is falling in”.

The opening line of the entire record is “And I don't know Jesus anymore”. I am not sure that it is a statement of lack of faith in Jesus as much as a line that speaks into a culture of deep dark uncertainty. Elbow throw us into a vortex of grief, personal and societal. They also bring us back to lover and child as the place to find stability and hope through the tossing about.

It makes for an album that allows Elbow’s dramatic near prog sound to ebb and flow. Garvey holds it all in with his honest poetry.