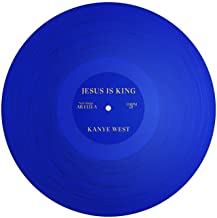 This appeared on, Canadian singer songwriter, Carolyn Arends' Facebook page. I found it beautifully written, sensitively expressed and very insightful, not only about Kanye's new record but about arts and Christianity in general. I am honoured that Carolyn allowed me to post it on Soul Surmise as a guest blog.

No one, I'm sure, is curious what a middle-aged folk-singing woman thinks of the new Kanye album. But my son, Ben Arends, asked me to listen to it, so I did.

And here's the thing. I love it.

I think that good songwriting is NOT propaganda but it IS witness, in the sense that the songwriter bears witness to what he or she sees or experiences - whether that's romantic love, or grief, or quest, or malaise, or injustice, or delight or, most ultimately (in my admittedly biased view), encounter with God. In great songwriting, the songwriter has a particular genius for bearing witness in fresh, visceral, paradigm-shifting ways, for making us instinctually respond with “Yes! Life IS like that!”

I believe that Kanye is bearing witness to something real on his new album. And I am gobsmacked by the creativity and craft with which he does it.

Do I think he gets everything theologically correct? Oh, heck, no. (I don't think any of us do, but Kanye's theology seems particularly in-process to me). Do I think he can be relied upon, going forward, for steady and uncomplicated growth in godliness, free of setbacks? Probably not. (I'm not sure any of us can, but how much harder must it be for a man as gifted and fragile and amplified as Kanye?)

But has Kanye made a good record? Oh yes, I think so. And good not only in the “you can dance to it” sense but also in the Good and True and Beautiful sense.

To my fellow Christians I want to say, let art do what art can do – let it bear witness to Encounter without having to become propaganda or an iron-clad contract. Part of the shadow-side of Kanye’s gifting, it seems to me, is a tendency towards a Messiah complex, and his greatest temptation now is probably to become a Messiah for the Messiah. Let’s not inadvertently feed that temptation by either extolling him as a Great Hope or excoriating him as a Great Risk. He’s a great songwriter, with an uncanny knack for influencing pop culture, and he is currently heartsick for God. (As far as I can tell, God has been haunting Kanye’s life and work for a long time, it’s just reaching a particular apex at the moment). Will it last? I sure pray so, much more for his sake than for ours, although, selfishly, I would so enjoy seeing where his faith takes his art. (It is songs like “Follow God” – where Kanye seems to resonate with the Apostle Paul that sometimes we do not do what we want to do and sometimes we spaz when we don’t want to spaz - that actually connect the most powerfully for me. They make me say, “Yes, the life of faith is like that!”)

Carolyn Arends has been a favourite songwriter of mine for 25 years. She is a poetic songwriter and has easily used her word-smithery to author books as well as songs. You can keep up with her work, ideas and product at https://carolynarends.com