Home Archives Profile Subscribe
THE CONTROVERSY OF MY LONG HAIR... A GOOD OPPORTUNITY TO PLUG...
STOCKMAN ON PAUSE FOR THOUGHT WITH VANESSA FELTZ 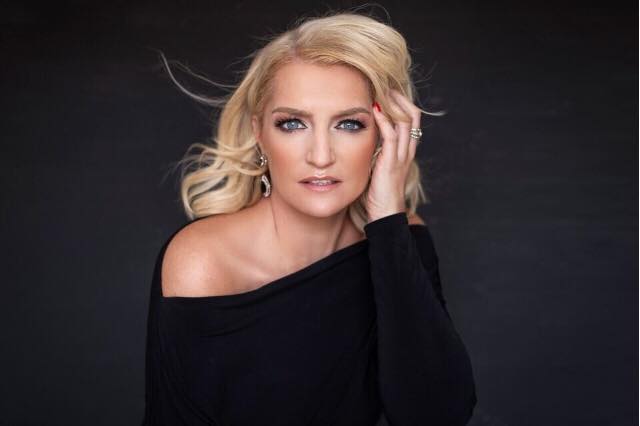 Friday September 20th 2019 sees the release of Amanda St. John's second album, The Muscle Shoals Sessions, with a launch gig at the Crescent Arts Centre in Belfast. Amanda took some time to answer a few of my questions about how she got to record in the legendary studios of Muscle Shoals, how she writes her songs and what is going on in them. It's the story of how she committed to sing after a near death experience. It's a journey from Glenariff to Muscle Shoals via a 300 foot fall off a road near Ballycastle.

Amanda, when did you know you had that voice?

I've loved to sing ever since I was a small child, and I suppose I was about 6 or 7 when my family stared commenting on how good I was that I realised I had a talent. Up until then I just sang because I loved it and never really thought about how I  sounded. I started out singing folk songs and it wasn't until my 20's that I started getting interested in soul music that my voice developed.

You had a long time using that voice for other. Tell us about who you loaned it out too?

I spent my teens and early 20's singing in cover bands as I didn't have the courage to sing my own songs. I never thought I was good enough and eventually stopped singing for about 5 years after getting nodules in my mid 20's.

Then it was quite a serious event that made you step out from the shows of others. Tell us about that.

Yeah I had a really bad car accident when I was about 33. My car went 300ft down the side of the mountain on the road home from Ballycastle. I was unconscious with a bad head injury and no pulse when the fire brigade arrived. I remember battling to stay alive and I asked my higher power (or God, the universe, whatever you want to call it…) what I needed to do to get out of this alive? As clear as day I heard a voice said 'Sing' and I vowed that if I got out of it alive then I would sing and never hold myself back again. It was a very liberating experience because all the silly negative thoughts that had held me back up until that point no longer seemed significant. And on another level I was nearly scared not to sing in case something else happened to me for breaking my promise. Lol. It's funny though, as soon as I committed to myself at this level I couldn't stop the ideas flowing and my voice got stronger and stronger (my range even increased dramatically). It was as if someone had opened the floodgates and everything became so effortless to me.

Then Grow was your debut record?

I poured my heart and soul into my writing after that. I released an EP called 'Where is the Man' in 2014 and then an album called Grow in 2016.

So, how did Muscle Shoals come about?

I wanted to raise the bar for my 2nd album and create a story around my next release. I applied for an Arts Council grant for an International project and wanted to record an EP in Nashville. I met with my good friend Ben Glover (who is now based in Nashville) to ask his advice on recording studios and session musicians out there and he said he thought my sound was more suited to recording in Muscle Shoals. I laughed at him and said that I wasn't a big enough name so didn't think they would consider me. With his encouragement I sent FAME Studios a couple of songs and asked if I could get booked in with them. They came back saying yes and I was shocked and delighted! I decided that I would cut a full album there rather than an EP as it was a chance of a lifetime and I wanted to make the most of it.

Did you arrive there with the songs all done?

All the songs were written but there were a few that we hadn't decided on exact arrangements for. Myself, Paul Tierney (my guitar player and main collaborator) and Michael Mormecha (my other main collaborator, producer and drummer on the record) went out to FAME together and I hired 2 of the original 'swampers' house band to play bass & keys for live tracking.  Myself, Paul and Mike are all very in tune with each other and like to work very organically and play a song round a few times to see how the arrangement feels. We live tracked bass, guitars, keys, drums and vocals for 11 songs in the 5 days there. We even got to use the Wurlitzer piano used by Aretha Franklin.

How do you write?

My songs are very much about processing my own feelings and emotions or telling a story of a certain moment in time. I generally get inspired with a melody or lyric line and when I do I record it into my voice memos. I'll sometimes just sing and sing and try to develop a few different song sections from this idea before I bring it to guitar. I'm quite a basic guitar player though so it limits me when I try to write with my guitar. I generally work on these ideas vocally and bring them to my main collaborators (Paul Tierney  and/or Mike Mormecha) to develop and help with arrangements. Some other songs are ideas Paul has brought to the table and we bash them out until we get something that inspires us, we work really organically like this. I've also got a few songs on the album that were co-written with other artists; Gareth Dunlop (on Take a Leap), Matt McGinn (on Muscle Shoals) and a guy from Nashville called Justin Wade Tam (on Made Myself a Name). I love writing sessions like these were you just sit down with the person and discuss ideas until something flows.

When the lyrical idea comes how do you know whether it will be a driving song like Talk It Out or a softer touch like Take A Leap?

The emotion of the song normally dictates the pace as we're simply using music to tell the story. Funny enough though, when I wrote Talk It Out I had a much softer, acoustic feel in mind. It was the band in FAME Studios that took it in that upbeat, driving direction. Sometimes you have to jam it out and see where that leads.

These songs seem to be about personal transformation, giving up fears and literally taking a leap?

There are a lot of different themes in the lyrics, I was going through a really difficult period when I was writing this album and I was under considerable pressure with life and work commitments.  These feelings of being under pressure, heartbreak and overwhelm are reflected in the lyrics and there are even a couple of songs in which I'm really angry with life (as well as my first ever political song which is pretty angry too....lol) but personal transformation is something that is very important to me, making the best of every situation, learning from it and growing as a person. I'm glad that that has come through.

Fear seems to be the ever present demon?

Yeah, I had to break through my fears years ago to even start to release my own music as I had no faith in myself as an artist. This is something that keeps rearing it's head I suppose but with this album the fears are different, there was so much uncertainty in my life at the time of writing and I wasn't really coping well with the pressure. 'Bring Me' is a good example of how low I actually got at one point....I was just overwhelmed and weighted down by it all. There have been a lot of life changes since then and I'm glad to say that I'm back to feeling hopeful and positive about the future and I'm trusting that whatever's meant for me will unfold naturally.

What would you love people to get from the album?

Self belief and faith in themselves I suppose as well as the power of committing to yourself and your dreams. The recordings in Muscle Shoals were and absolute dream come true for me and I will be forever proud that I was able to make that happen.

And the launch gig. How will these songs be live?

I have a fantastic band with me for this tour so the live performance will be a good representation of what's on the album. I only wish I had the budget for live horns and strings too though. Lol!