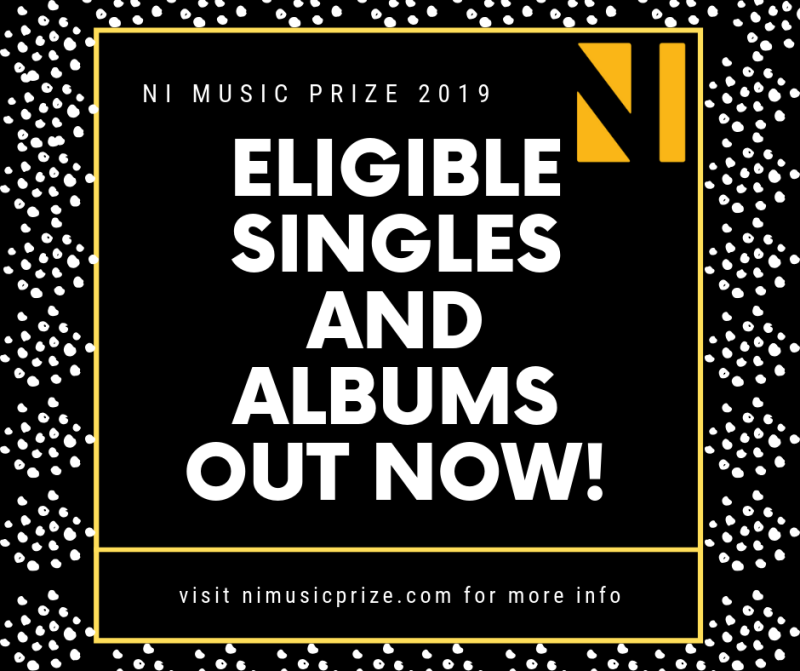 I had the privilege this week of making nominations for the Northern Ireland Music Awards. I cannot tell you the honour it felt. Since the days of being involved in the early career of Iain Archer I have been an advocate for local music. On Soul Surmise I am always keen to promote local musicians with reviews. I was delighted that that was recognised and I took my nominations very seriously - ALBUM OF THE YEAR, SINGLE OF THE YEAR, LIVE ACT OF THE YEAR AND Oh YEAH CONTENDER (emerging act).

For me the best part of the whole process was spending a day or two last week listening to the eligible albums and singles. I was astonished at the amount of new music being produced in Northern Ireland. I remember back in the mid 90s when Colin Harper put together two albums called Live In Belfast showcasing the local music scene then.

The quantity and quality of the music being produced twenty five years later is simply staggering. The variety of acts, the quality of production. From bands like Therapy, Snow Patrol and Divine Comedy to younger acts like Soak, Kitt Philippa and Sam Wickens. Remarkable.

I obviously have always had an interest in all things local so I have already waxed lyrical on Soul Surmise about Snow Patrol’s Reworked EP, Brian Houston’s Hank, Anthony Toner’s Our Lady Of The Wind and Rain, Runabay’s Between The Lines, Ryan Vail & The Elma Orkestra’s Borders and M. Camridge’s Sea Songs: Anatomy of a Drowning Man.

The list reminded me of things I hadn’t listened to for awhile. Kitt Philippa who played 4 Corners Festival a few years ago and supported David C Clements when he recorded his live record in Fitzroy. Her EP Human is extraordinary in its across between Emile Sande and Regina Spector. I cannot wait for her album due on October 11th.

A friend has been pushing Sam Wickens at me for a while and sure enough this young man has a way of playing loose with the songwriter format without losing his songwriting gift in the cleverness.

Rebekah Fitch is someone I have been trailing for sometime and her single Guns With Guns gives pop a refreshing depth of content. If Taylor Swift loved Brian Eno then she might have this sense of drama and atmosphere.

Beyond all of this there were all the albums and singles that I hadn’t come across. Glass Wing, Conor Mason, Caothan, Buí and Pale Lanterns to name but five. Beautiful written acoustic driven indie pop. I’ll need the rest of the year to explore albums, Eps and singles and back catalogues. One of the things I have determined after this experience is to keep up with what is happening on the local scene.

I haven’t even got to mention Gary Lightbody’s favourite Ryan McMullan, Two Door Cinema Club’s catchy Arcade Fire like Talk single, Soak’s sophomore album, Divine Comedy’s hilarious Norman and Norma and Jealous Of The Birds who I need to investigate more. I was also delighted that friend of Fitzroy and the 4 Corners Festival Andrew Patterson gets a mention with his seasonal single Something In December.

One reflection on that difference between 1995 and now is that back then recording time was so expensive. To get the quality sound to compete with the world was beyond most local acts' budget. You were waiting for the million pound advance from EMI. Now the chances of being massive are slimmer and the therefore artists can be truer to their art. They can also produce much cheaper. Boy are we benefiting from that on our local scene.

Who did I vote for? Well all voting booths should remain secret. I imagine one or two of my choices will get the prizes and one or two might have me as their only advocate.

The big night is November 11th and Snow Patrol will receive the Oh Yeah Legend Award.