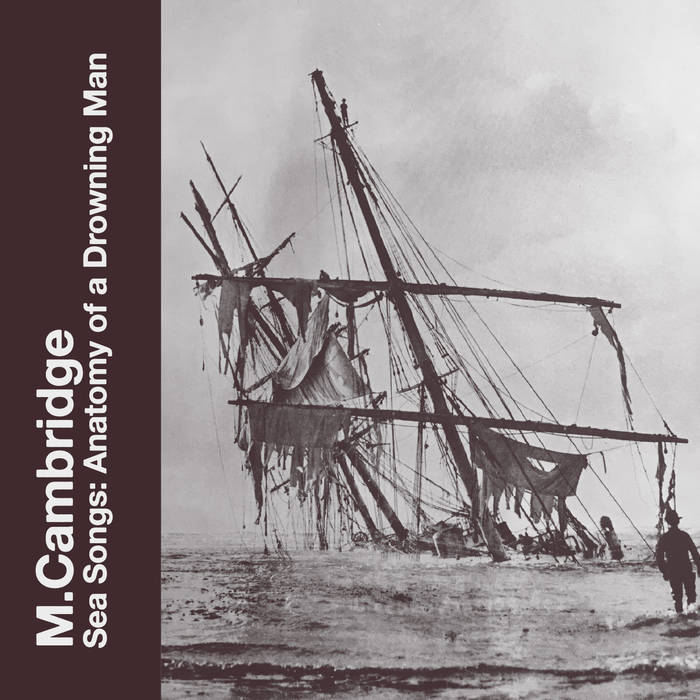 You would never put the East Antrim Coast as a runner to be the next musical hotspot to compare with early 60s Liverpool, late 60’s California, late 70s London and New York or all-the-time Nashville but 2019 sees not one… not two… but three astonishing pieces of work, rooted in the land between Glenarm and Ballycastle and their off shore seas!

Runabay’s album of haunting beauty has already been reviewed on Soul Surmise and very soon I will be raving about The Orphan Brigade’s To The Edge Of the World. In between, Paul Bowman my colleague in Fitzroy, tips me off about M Cambridge’s fascinating Sea Songs: Anatomy Of A Drowning Man, trawling the same seas and mythical stories as The Orphan Brigade.

Mark McCambridge is the most significant songwriter to hail from my hometown of Ballymena (apologies Adrain Thompson and Del Currie) since The 60s produced David McWilliams who had his name on the side of London buses - America has Dylan, England has Donovan and Ireland has McWilliams!

His band Arborist gained critical acclaim for their debut record Home Buriel (“A staggering debut of death and substance” - Mojo) and before they unveil what’s next McCambridge under the moniker M Cambridge has hidden himself away in the Curfew Tower in Cushendall as rock stars do, and created this endearing unique little concept record.

A studio in Cushendall I hear you gasp! Well, refill your longs for a bigger gasp as I tell you that it owned by Bill Drummond the Scottish, but born in Transkei a son of a Church Of Scotland minister, main man in 90s band KLF among his many other musical and artistic projects. Who knew? I do now.

A recording studio in an iconic historical old tower quite close to the sea is a perfect space for McCambridge to tease out his work. Mark traveled across the islands of Britain and Ireland in his research. Stan Hugill’s Shanties From The Seven Seas (Martime) seems the most influential text book. The documentary of loofa this is available HERE

In the end Sea Songs gives a wee history of the sea shanty - work songs that give a workers social  history and shouldn’t be sung on land - and wider Ulster too - The Weaver poets and The Glens Of Antrim’s Francis Turnley.

McCambridge comes across as a musicology archivist, a soundscape imaginative, a crafted poet and a fine songwriter. Sea Songs is an eclectic mix of songs and spoken word.

My Sailor Boy, Serafina, A Sailor’s Lament and the haunting Of Water are crafted songs; gentle and haunting In between there is the hilarious story of sea shanty collector Jim Corr, from the west of Ireland, being asked to go and rig, a man he’s never heard of, Neil Young’s (yes, that Neil Young) schooner. Mark’s poem about Francis Turnley, who financed the Curfew Tower in the19th century, could sit with any Weaver poem.

All this makes McCambridge some kind of renaissance man; a musicology archivist, a soundscape imaginative, a crafted poet and a fine songwriter. Sea Songs is an eclectic mix of songs and spoken word and fits together perfectly. That my hometown and county should be producing this kind of art is unprecedented. Like the Glens, location of their creation, we are on a roll.