Home Archives Profile Subscribe
STOCKI'S CANADA DAY PLAYLIST 2019
COULD MY MOTHER-IN-LAW AND GREAT UNCLE BE TO BLAME FOR MY LOVE FOR AFRICA? 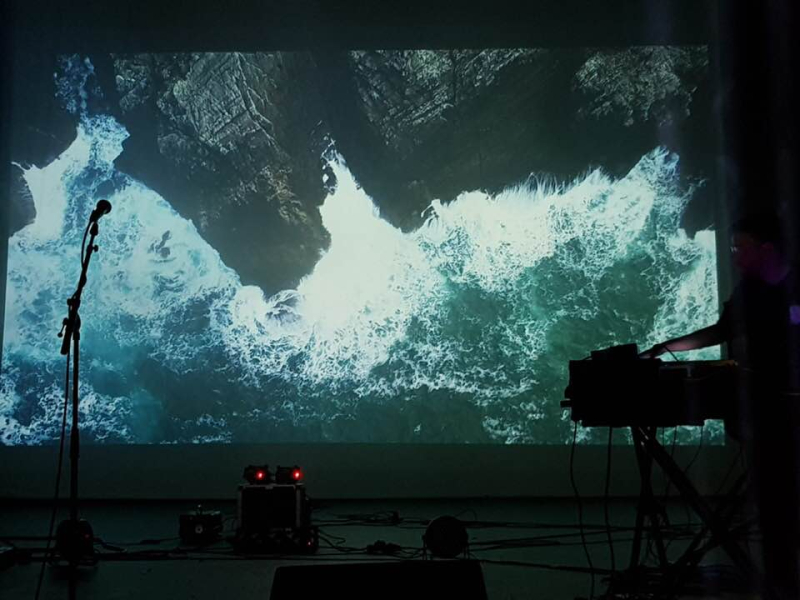 Though I admire Ryan Vail I probably wouldn’t have been at this concert had it not been for my friend Chris not being able to go and donating his tickets to Janice and I. Thank you sir. We were front row, centre and in the Mac that is pretty much on the stage!

Our friend Jude spotted us at the interval. Just back for a holiday from the States, where she now lives, she said she didn’t know what to expect. I kind of agreed. As she left she said, “It might be magical.”

Described as genre warping I have enjoyed Ryan Vail’s work, his Sea Legs EP with songwriter Ciaran Lavery and his For Very Silence album. I didn’t think I knew Elma Orkestra but discovered that he is genre warping too.

Elma Orkestra is one man. His name is Eoin O'Callaghan and I had already reviewed him under another pseudonym, Best Boy Grip, when I was impressed how he held his own between Stephen Bishop and Iain Archer in an In The Round event at the Empire. Not that I realised that until after the gig.

Well, here are the genre warpers together. What are they attempting to do? Well, tonight they were playing their new record Borders. Vail explained that it was abut the land between Derry and Muff! The place where Vail and O’Callaghan live and create.

Of course in these borderland days between the UK being in Brexit and not being in Brexit, borders have become a hot topic. Though that gives this work an added poignancy the actual focus of the music here are the rivers and hills and roads and bridges of the border and the beaches and ocean of Donegal.

On one side of the stage Ryan Vail was throwing out pumping beats that actually would have been more at home, that same night, in the vastness of Glastonbury. On the other side the Elma Orkestra is carefully caressing out ambient organ and piano sounds. The mix is that blend of variety and a little tension that characterise most borders.

At the outset Vail suggests that the lighting will be such that you will not see them on the stage and adds that that is how it should be. Instead, we are focused on the cinema screen behind them where images take us over those rivers and beaches and oceans. O’Callaghan tell us he has been making drones for a long time. This filming seems to be the artistic final product.

It is indeed magical in sound and vision. To perhaps break the ambient instrumentals we have two guests who add even more to the richness of the night and record. Máire (Moya) Brennan brings that distinctive haunting Donegal voice to Colours. It sounds utterly beautiful in front of images of forests and trees. 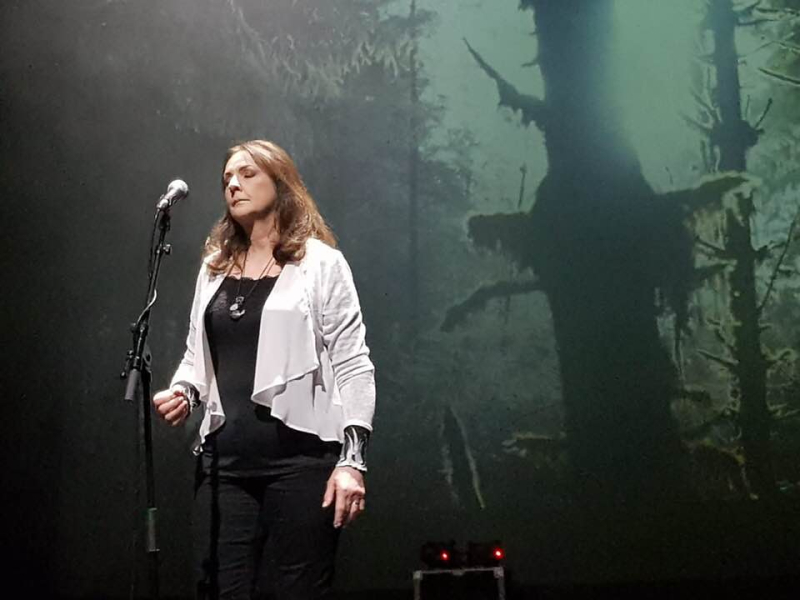 Stephen James Smith is a different vocal attack. That deep Dublin brogue is a God given gift to a poet of such earthy gutsy power. Smith adds a new word-take on his most famous work My Ireland. Renamed, for this context, My Island it certainly shifts the focus from the greenery and the waves.

My Ireland oh my

An island in Trouble in shock

Caught in the crosshairs of a Glock 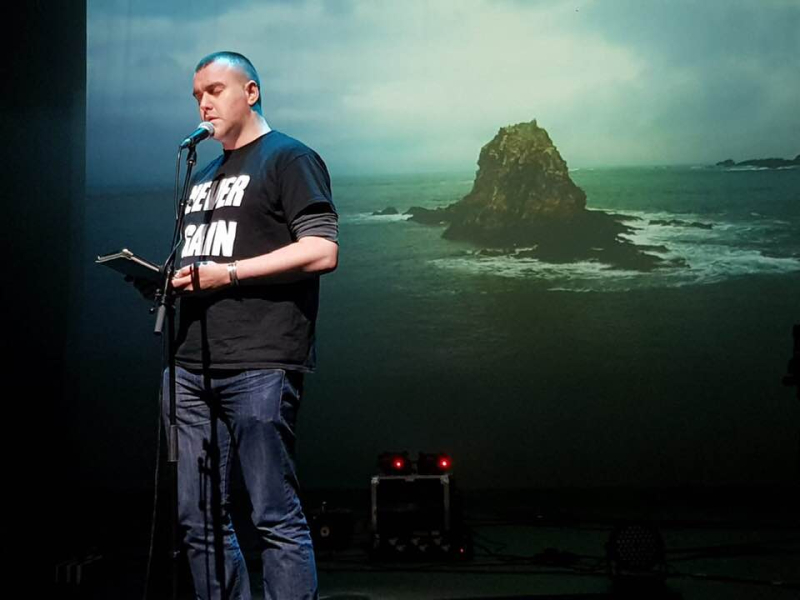 Though Borders is not primarily about Brexit, it is political. Seamus Mallon lent his voice and they confessed that even if politicians didn’t agree to loan their voices, they used them anyway; Arlene is in there!

Back to Stephen James Smith’s words:

This community has been feared

They've been to hell

The boys spoke of Borders being meant to be an uplifting piece. Oh it was honest about the way borders divide and contain and reduce freedoms but it was beautiful in its feel of the richness of life that happens in communities even if they stagger a contentious border.

It was an inspiration… a celebration… and did I say… magical!