COULD MY MOTHER-IN-LAW AND GREAT UNCLE BE TO BLAME FOR MY LOVE FOR AFRICA? 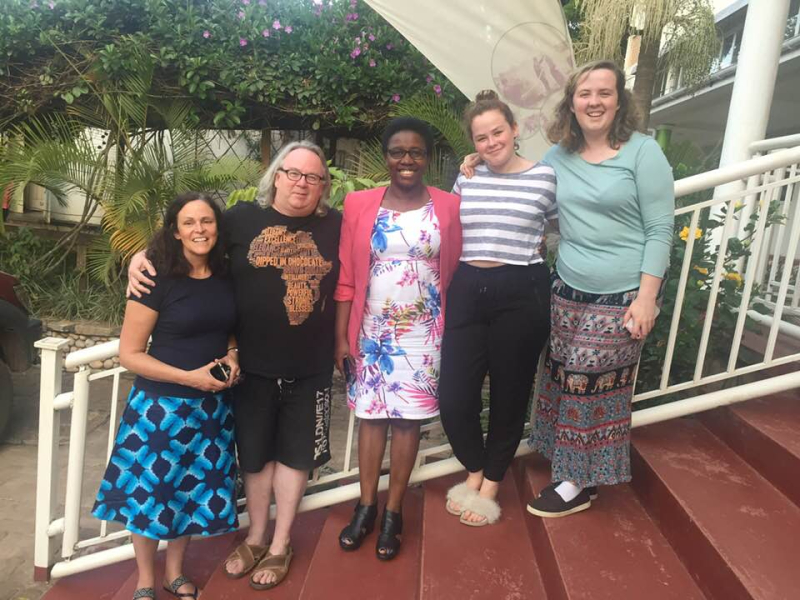 Next week I will be heading to Uganda for the fifth summer in a row. I have already written two blogs about how this partnership with a school in Arua was formed, first from my side of the connection and another about where it all began in Uganda.

I often wonder if this journey for Janice, myself and our daughters began a long time earlier. Could it be that I have a mother-in-law and a great uncle that I barely remember, and who died when I was in my early teens, to blame for this deep love for East Africa.

It was in my first trip to Uganda in 2015 that I considered their holy crime. I looked around at my wife and daughters and realised that Africa is where they come alive. My mother-in-law, Anne Gordon, who passed away in 2009, came into my mind. She loved Africa, though to be fair, it was the countries further south that she had visited and prayed for. Along with my father-in-law Bryan they headed up the Irish department of Africa Evangelical Fellowship which later submerged into SIM.

I think Anne would like to have spent more time than she did in Africa and I believe the prayed that Janice would have a love for the continent too. I couldn’t help but think she’d be pretty pleased that not only had her prayers covered her daughter but now her son-in-law was now drawn in and her granddaughters were smitten too!

My Dad’s Uncle Tommy never moved far from Ahoghill and Galgorm, just outside Ballymena. From what I am told he was a prayer warrior and one time when he was ill the missionary Helen Roseveare told him was the most prayed for white man in the Congo because the Congo knew of wee Tommy’s prayers. It struck me one afternoon in our Primary School in Onaileku that I was less than ten miles form the Congo border. Tommy would be pretty pleased too!

Perhaps the prayers of those who go before us mark our trail. Whatever, I will be remembering these two saints in our lives as I walk around that school playground in Onialeku, perhaps our family's favourite couple of acres in the world.