Home Archives Profile Subscribe
KARINE POLWART - I BURN BUT I AM NOT CONSUMED... Trump v Isle Of Lewis
ROMANTICA - AMERICA 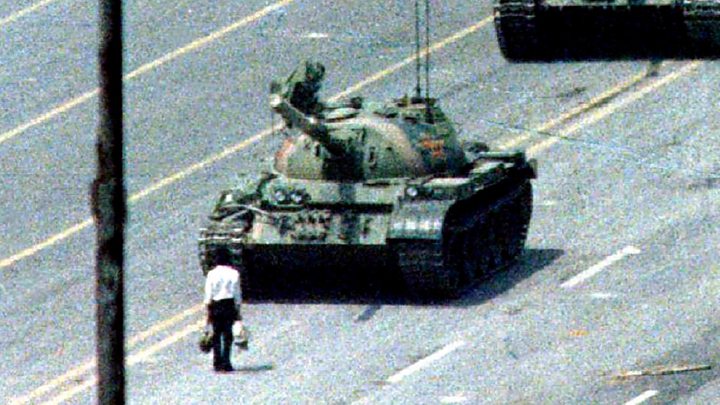 There are moments when you make good choices over the song to play. Way back in August 1990 I pressed the play button on the old walkman (remember them) and Bruce Cockburn’s Waiting For A Miracle started throwing images around my head that mingled perfectly and disturbingly with the bombardment of images around me.

With my ears and my eyes in harmony to the disharmony, my soul attempted to make sense of my context. I was on Tiananmen Square. It was 16 months since June 4 1989 and the place was haunted by what happened there on that day. I wrote in my journal: -

“Tiananmen Square? All my thoughts on China, before and after I came here, ricocheted around the vast emptiness of this square. I will never forget this hour of my life and I’ll never be able to write down all that I thought in that too short a time.

It seemed so calm, so still, so peaceful and yet I am asking what happened here and what are the few people scattered around me thinking. I can see all these signs of history, the Monument to the People’s Heroes and Mao Mausoleum among them. But what about signs for the future? I watched people sitting, almost reverentially where the students sat the previous year and wondered what they were thinking. Did a loved one come here with a vision of a future and die for that future? The Chinese can so easily in their friendly and gentle disposition hide from us the truth of their hopes and fears.”

I have said it before and will say it again that Cockburn’s travelogue songs are so full of his lyrical genius that you just wish he was with you everywhere you go. Add places of political injustice and even more so. Waiting For A Miracle was written about Nicaragua but it fitted here. Never have I had such a detailed soundtrack to what I was seeing around me. Cockburn’s words could have been written as I attempted to write down my own thoughts: -

“Somewhere out there is a place that's cool
Where peace and balance are the rule
Working toward a future like some kind of mystic jewel
And waiting for a miracle.”

“Peace and balance” is a very Chinese concept. Working for a future and as the next verse suggests, “How come history takes such a long, long time/When you're waiting for a miracle.” A miracle? As I sat on my own, wondering and pondering and writing, Cockburn’s song was as Tolstoy suggested art should be, “Intercourse between human and human.” Cockburn and I were in conversation but more it became a resource for me to be in spiritual intercourse with God also.

And my prayer was that these people, particularly the children who all smiled for a photograph and then moved their heads right on my click, that an interruption of God’s grace would bring a peaceful and balanced future and see the speed of history quicken. Thirty years on... and I remember that hour as vividly as when I was there and Cockburn still converses with me. Still I pray!