Home Archives Profile Subscribe
AN INTERVIEW WITH REBECCA BILLINGSLEA ABOUT HER SORROWFUL REJOICING EXHIBITION
INVITED INTO A DREAM... HOW OUR UGANDAN PROJECT BEGAN... 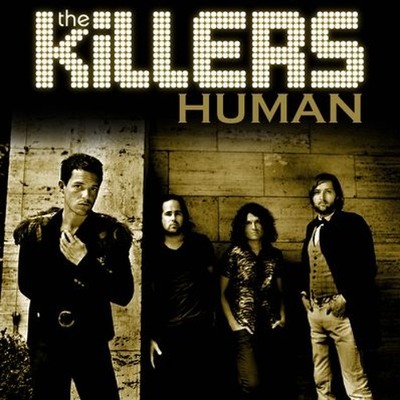 When The Killers released Human, the lead off single of their third studio record Day and Age, it caused, more discussion about a pop song lyric than for many a long year. “Are we human or are we dancer” was so grammatically askew that it drew some to conclude that for “dancer” it actually should read “denser.” That most believed it to be “dancer” led to discussion list damnation. It seems ironic that perhaps the most provocative and deep lyric to have stuttered from a rock singer in years should be so maligned. In the debate about the grammar, it could be argued that poetic licence is all about such convenient shifts from plural to singular.

Anyone who knew anything about this thoughtful Las Vegas band from their previous albums, that have catapulted them onto the coat-tails of U2 and into the stratosphere of stadium-rock-with-meaning, should have known that if there was something out of kilter in singer and songwriter Brandon Flowers chorus it should be pondered a little longer; this serious young man with a Mormon world view must have had some reasoning going on.

"It's taken from a quote by [author Hunter S.] Thompson. ... 'We're raising a generation of dancers,' and I took it and ran,” Flowers would explain, “I guess it bothers people that it's not grammatically correct, but I think I'm allowed to do whatever I want. 'Denser'? I hadn't heard that one. I don't like 'denser.' " The obvious follow up question was whether Flowers agreed with Thompson’s assessment?

"I think that I do, and I don't want to be too much of a preacher," he said. "I say that it's a mild social statement, and that's all I'm gonna say. We're still trying to write the best pop songs we can write." It seems to be a similar strategy to the one Jesus took when he dropped spiritual explosives into the hearts as well as ears of his hearers. The explosive does not need spelling out; that might diminish its potency. “Those with ears to hear...”

No doubt Thompson meant a lot of things when he described a generation of dancers. What Flowers does is bring it back to one overriding need; to restore our humanity. The world has a long history of de-humanising. One of the most powerful means of healing is to re-humanise. To give people back their dignity; whether nations or individuals.

That Flowers declares that he is on his knees looking for an answer is sure to indicate that for him the answer to his question is in the human soul and its connection with the Divine. Racism, war, materialism, image and sadly many times religion has de-humanising effects. The Killers Human is a song of prophetic stimulus because it is attempting to re-humanise, those whose humanity has been stolen by a culture that de-humanizes.