HOW I CONNECTED IN UGANDA 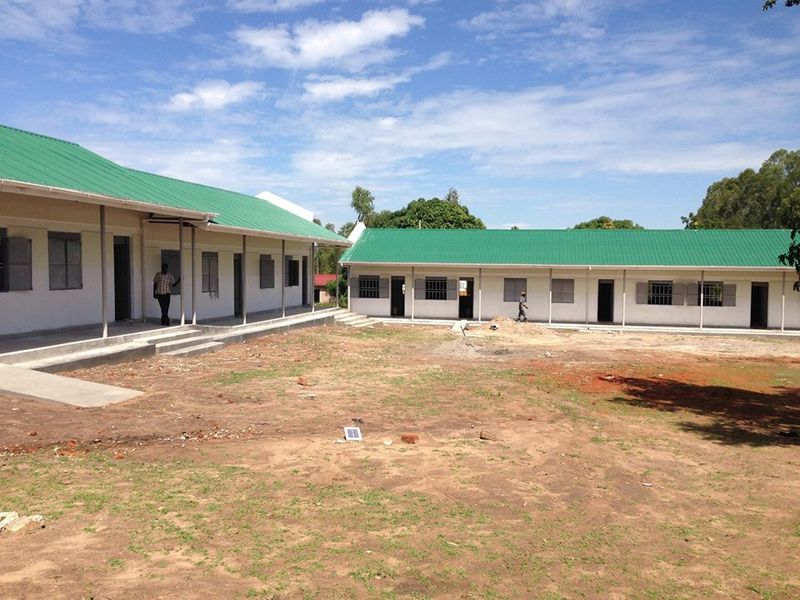 (Two weeks today I will be flying to Uganda for another Mission Trip with a team from Fitzroy. The next five or six weeks will see many Ugandan blogs. Here's an opener. How Fitzroy ended up there is the first place)

I went along because I felt it was the right thing to do. It was a Fields Of Life event in Fitzroy and at the time Claire Nichol was working for them and so I thought it was be a pastoral gesture to drop in.

My good friend Alain Emerson got up to speak. I knew his story. I could have got up and told it. Alain with his wife Lindsay took their church to Uganda to build a school with Fields of Life. During the trip Lindsay started getting headaches and sadly a brain tumour took her young life the following April. In her memory they built a high school called Light For All for £75,000.

£75,000! What?! The one thing Alain said that I didn’t know. About a week before our Church Session had decided to extend our halls to a budget of £750,000. It only took an accountant’s son a second to work out tithe. I was flabbergasted. Could we really build a school somewhere in the world for a tenth of what we were spending on ourselves. We must!

Session jumped at the idea. They had tithed a building project before. Of course, tithing a building means that you have to raise 10% more than you would have or you would be 10% short of your payment!

There was no preference for Uganda. Fields of Life was just the place that I got the idea. We had no idea that it would be our destination too. We interview various Christian development charities. Richard Spratt told us about a school in Arua, right on the north west edge of Uganda and our committee were immediately convinced.

It took a year or two, to raise the money and make sure all was in order in Arua but in 2015 I had the privilege of opening Onialeku Primary School, or its brand new building at least! A joy of my life!

In my speech that afternoon in August 2015 I made clear to our partners in Uganda that we in Fitzroy were not Americans. We don’t print money. This was a huge cost for us and there would not be anymore coming.

I have now said that in 2016, 2017 and 2018! We have put in a well, built a fence and last year a girls wash room so that girls do not have to miss school during their time of the month. As well as all of that we have gifted text books, many other things during teams that have gone every summer. Beyond that we sponsor almost 70 of the children.

There is a reason for that. It is the reason that I had long hoped for a partnership in the developing world, long before that night when Alain Emerson shared the cost of Light For All.

Fitzroy is renowned as a generous congregation but I was concerned that we were sending a lot of money into the developing world without any connection. I felt that that it would be much more challenging and inspirational to be connected to a community where we not only throw money but hurt when they hurt, rejoice when they rejoice.

So, it has been. The reason that Fitzroy are so delighted to continue giving to Onialeku is that we feel that personal connection. Not only have over 30 of us now visited Onialeku but everyone has been drawn in, knitting, helping with crafts, sponsoring.

Of course, we need to be careful that we don’t help until it hurts. We do not want our school to become dependent. Thankfully they have not an attitude towards that. However, we have one more building project to complete and then we will look at different ways to help. We want to upgrade the Nursery School building and our two thirds of the way there!

We continue to learn from our Ugandan partners. We gain more than we give. We are rich in shillings (the Ugandan currency) and Onialeku is rich in faith, resilience and initiative. This is a mutual partnership in mission. I am so glad I dropped in on that Fields of Life event in Fitzroy!

Are you planning on creating opportunities for some Ugandans to visit Northern Ireland?

We have seen many overseas missions trips coming to projects in South Africa with rich, already well travelled Europeans and Americans making expensive trips here, but there does not seem to be a mindset to create reciprocal opportunities.