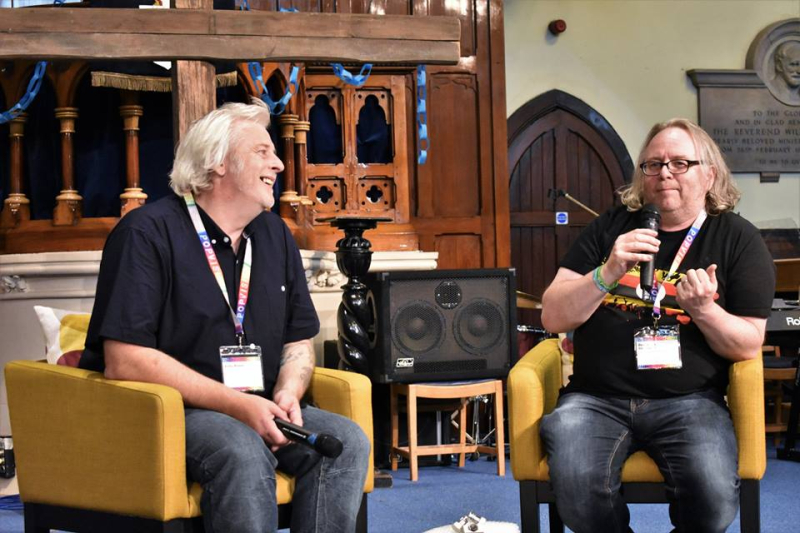 A few years ago everyone was intrigued at the meeting Janice and I had with Bono. Most of all people wanted to know what we talked about. Well, we did not have a lot of time but we spent the entire time talking about May 17, 1974 and the consequences.

On that afternoon loyalist paramilitaries, the UVF, detonated three car bombs in Dublin and one later in Monaghan town. 33 people were killed and 300 received hospital treatment.

Why Bono and I should be interested in an event from decades ago was that a mutual friend Andy Rowen was caught up in the first bomb that exploded on Parnell Street, while he was helping his father deliver goods to shops, in his dad’s little van. The doors were blown off the van.

In those few moments with Bono, we discussed how Andy’s life was psychologically torn apart in that bomb and how thirty five years later God redeemed through an old U2 lyric.

Andy Rowen is one of that incredible family who lived across the road from Bono when he was growing up. Bono writes about the Rowen family at No. 5 Cedarwood Road in the sleeve notes of the Songs Of Innocence album. He calls them an “Old Testament tribe.” They are Old Testament in size (10 children meant that like the tribes there were 12 in the house!), as well as their deep roots of faith and the drama of their lives.

Bono is so right. I have had the privilege of getting to know some of this family through a Scripture Union camp that I spoke at in Avoca, Co Wicklow. One of the Rowen sisters organised the camp, with her husband, and three generations of Rowens attended. I quickly connected with Jonny and then Peter who you might know from the cover of Boy and War.

Andy, I met later, though I believe I spent an evening with him and Australian biker preacher John Smith, back around 1994.

Anyway, Andy was 11 that May afternoon in 1974 and found himself following his father onto the street in the immediate aftermath of the first bomb and seeing all kinds of horrific injuries and dead bodies. There was no post trauma counselling in 1974 and eventually Andy filled the pain with drugs. U2’s song Bad from the 1984 Unforgettable Fire album was written about Andy.

Andy’s life got a more detailed lyric in Raised By Wolves on the Songs Of Innocence record that trawled U2’s youth for inspiration. You can see how Andy’s experience would have been a big story among the young teenagers on Cedarwood Road and how it would have jumped out as a major influence on all of their lives.

Raised By Wolves is a graphic account of Andy’s experience:

Face down on a broken street

There’s a man in the corner

In a pool of misery

As a red sea covers the ground

I can’t tell what it is

But I take a look

And now I’m sorry I did

In June 2018 at the U2 Conference being held in Belfast I got the privilege to interview Andy about that day and the decades since. Andy brought a piece of the bomb wreckage with him. He has carried it with him all of his life.

“That bomb took a piece of me, so I was going to take a piece of it.” 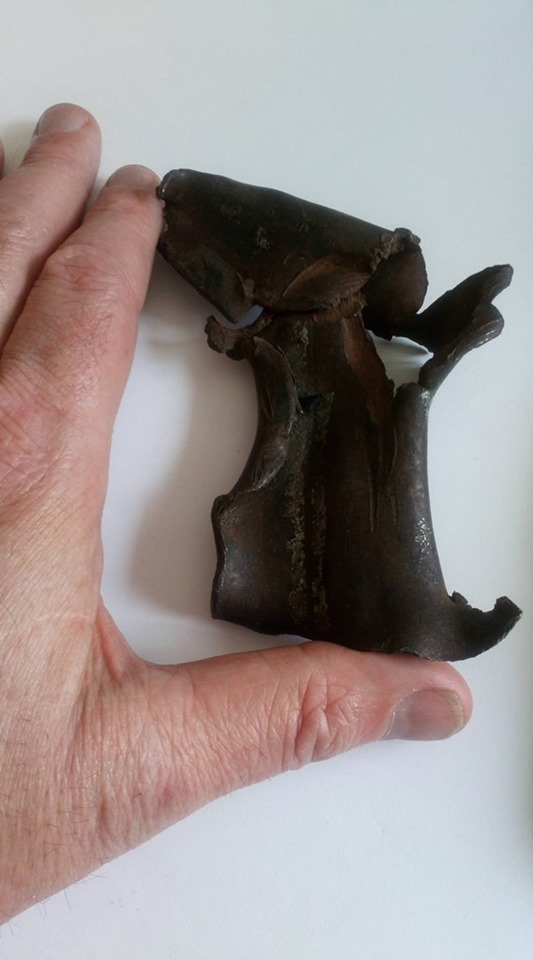 Andy went on to tell us that almost forty years after the bombs he finally sought help with his addictions. He found himself in Cleveland ready to spend six months in a rehabilitation centre. Somehow, the day before he went in, he was allowed a tour of Cleveland which ended at the Rock N Roll Hall Of Fame.

As he was leaving the Museum he suddenly noticed, how could he have missed it, a U2 exhibition. U2’s 360 Tour was in America that summer. He was enjoying the memorabilia when he noticed a glass case and walked across to take a look.

As he looked down into the case, there was a scrawled lyric on a faded page:

If you twist and turn away

If you tear yourself in two again

If I could, yes I would

If I could, I would

As Andy’s head started asking where they got these lyrics and how they had survived all of these years, something was happening in his soul. As Andy has shared with me, it was as if Jesus was on his shoulder, peering into this glass case with him, whispering, “You see Andy, I have been with you all along. I never left you”

Andy describes it as a Prodigal Son moment. He did his six months and the day he came out clean for the first time in so long he got an invite to Pittsburgh to see U2. That night Bono sends out Bad to Andy. Bono also calls him Guck Pants in the spoken word later in the song. Guck Pants Delaney was Andy’s Lipton Village name! I particularly love Bono's throwaway, "I've had it with the walk on the wild side!" Lovely touch!

Andy’s life has been redeemed. The Jesus on his shoulder at the Cleveland Rock N Roll Museum has journeyed with him. He is a beautiful human being. A joy to be with. A man thankful for a new beginning. It is an amazing story that has many more layers than I wish to share here because I believe it Andy’s to share and one day you’ll read the book or see the film.

What I most love about the story is this. When Bono’s mother passed away so suddenly leaving a young 14 year old disorientated, Robert and Winnie Rowen took him in, gave him a place and fed him. As Bono put it on those Songs Of Innocence sleeve notes “In their company I saw some great preachers who opened up these scary black bibles and made the word of God dance for them, and us.”

Robert and Winnie were the gateway for Bono’s salvation in more ways than one. Yet, forty years later that wee boy that they took in would write the lyric that would somehow find its way into a glass case in Ohio and be the gateway to the salvation of their very own son.

Bono, by the way, has no idea either where they got that lyric. He told me that, during our short chat about Andy. Mysterious ways. Who sang that!

Today. May 17. I stop and remember those who were killed in those bombs 45 years ago. Most of all I remember Andy. Rowen. One of the blessed. Who more than survived but, though it took decades, is thriving in the unmerited lavish ridiculous often times mysterious love of God.

Wow! A fantastic read, thank you for posting it.

Great article! How did I not know this? I love learning history through this band. God Bless Them and we, the fans, as well. I'm Wide Awake!