U2: BREATHE - NLOTH song by song 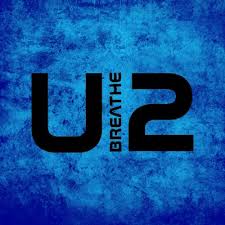 Breathe was the first song I heard off No Line On The Horizon. It was early in the morning and it woke me up like a spiritual epiphany; it was a doorposts shaking Old Testament type jolt into the day. This was U2 as U2 only harder and then Bono’s soul grabbing urgency pulling you in to eyeball you with something he thinks you need to know.

And it is not all clear what. Is “16th of June” Bloomsday from James Joyce’s Ulysses? Or is it South African Youth Day that marks the scarred memory of the 1976 Student Uprisings in Soweto, Guguletu and elsewhere? Or could it be a significant date in Bono’s own spiritual journey because when he moves from the great lyrical intrigue of travelling salesman, talking cockatoo, Asian viruses, Ju Ju men and hits the heart of the song we are again into a treasure trove of basic Christian theology.

The dying and rebirth of the chorus are again, as is strewn throughout No Line On The Horizon, basic Christian beliefs. Dying and being reborn is the concept of baptism, dying to the old self and being born anew.

St. Paul would write, “If anyone is in Christ, he is a new creation; the old has gone, the new has come!” (2 Corinthians 5 v 17) and “You were taught, with regard to your former way of life, to put off your old self, which is being corrupted by its deceitful desires; to be made new in the attitude of your minds; and to put on the new self, created to be like God in true righteousness and holiness.” (Ephesians 4 v 22- 24)

It was Jesus chatting late one night/early one morning with a Pharisee called Nicodemus who coined the phrase “born again.” (John 3) It would be a label that U2 would try to avoid in America, after one of their early visits there, because they were surprised at what that term meant and how their own faith was being caricatured and stereotyped.

Yet, Bono has strong belief in rebirth and it is a thread running right through No Line On The Horizon, “Reboot yourself” in Unknown Caller and ”the heart setting sail” in FEZ-Being Born to name but two.

This rebirth is all very well but it has to be lived. Breathe pours it out onto the street with energy and urgency. There is a sense that this rebirth, this grace, this love that you can’t defeat is not for his own self-indulgence but needs taken to the public square with arms out in welcome that the grace he has found becomes the grace that he lives by; a serving grace as much a saving grace.

This idea of going out into the street might well be from the Old Testament Book of Proverbs - “Wisdom calls aloud in the street, she raises her voice in the public squares; at the head of the noisy streets she cries out, in the gateways of the city she makes her speech.” (Proverbs 1 v 20). The idea is repeated again some chapters later.

Breathe in a live set comes over with a blistering power. It is the kind of song that demands commitment and when you add its potent punch to the cumulative adrenaline of a live audience of tens of thousands it fuels some serious commitment to whatever campaigns U2 are building at the time.

Personally speaking it is a shame that the poor critical and commercial response to No Line On The Horizon has meant that Breathe has not been in the best list as often as it could or should be.