Home Archives Profile Subscribe
WE ARE ALL GLUTTONOUS AND WANT OUR DESSERT FIRST
TOMORROW IN FITZROY - 31.3.19 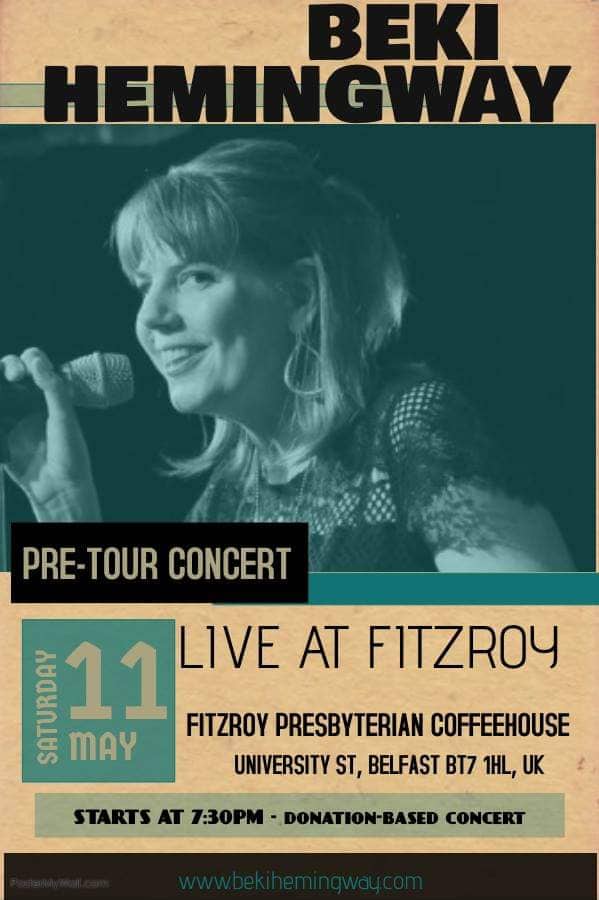 Beki Hemingway might not look like she is old enough but she has been making music for three decades, singing as a teenager with Larry Norman, before joining This Train with future Rich Mullins' Ragamuffin Mark Robertson, before marrying guitarist Randy Kerkman and setting out as a solo artist, with Randy riding side saddle on guitar.

I came across Hemingway listening to the very first Paste Music Sampler CD. Sinsick caught my ear and soul. Beki's voice had a purity but enough quirk to hook me in, and the song had this spirituality in poetry and tune.

I was delighted to have Beki gig in Derryvolgie Hall when I lived there and was then gutted when she gave up music and took off to six years of normal life in Denver.

How pleased was I when Beki and Randy not only re-discovered their muse but moved to Ireland, first in Wexford and now latterly in Dundalk. With the help of Commitments guitarist Conor Brady they produced the Americana sounding record Whins and Weather, that took us through Beki's struggle with breast cancer.

The proximity to Belfast has allowed me to have Beki at the last two 4 Corners Festivals and they have also played that last two Belfast Nashville Songwriting Festivals too.

We are delighted to welcome them back to Fitzroy on May 11th. If you love good songs and a great voice then look no further!