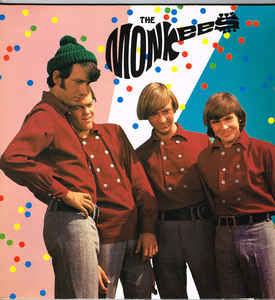 The Monkees rest and and play

The Monkees go to bed early…”

One of my earliest childhood memories is Saturday evenings in Maine Park, Galgorm. After tea it was always bath time and then bed. For a short time, though as a five year old I might have thought it was for year, The Monkees were on television… between tea and bath time.

I loved the Monkees. They were energetic and funny. I am not sure how important the music was for me as I watched.

I am sure though that when The Beatles entered my life, ten years later, that those early Monkees songs particularly I’m a Believer and The Last Train To Clarksville and that theme tune that I  quote at the top of this piece made I Should Have Known Better and Paperback Writer somehow familiar.

The lyrics at the top of this blog - you’ll never have heard that version of the TV theme tune before. Yet, I was 34 years of age before I caught on. I was in Glasgow at a Conference to hear Jim Wallis. Two friends of mine, Tim Magowan, Jules Hamilton, and I were returning to our hotels one evening and started to sing the Monkees. When I sang this lyric, it suddenly struck me. My dad had made these words up to get a five year old to bed on a Saturday night.

My dad could not remember conning me. I never imagined him such a creative. I sang those words for thirty years before the truth dawned. They were the words that came to me today as soon as I heard about Peter Tork’s passing.

Pop and rock music have reached that age. Our heroes don’t need drug over doses these days. Old age is taking them.

I honestly didn't take the Monkees seriously after I stopped watching their TV show. By the time I discovered music I had left them way behind. Yet, for a short time in my childhood I loved them.

Today I realised how much I loved them. Davy Jones, Peter Tork, Mickey Dolenz and Michael Nesmith. I knew those individuals. It made me sad for Peter Tork and his family. It made me realise yet again what a bizarre generation I was born and live in. That someone I never met, or thought about much after childhood, could have had made such an indelible mark in my life.

And people say we monkey around

But we're too busy singing

To put anybody down”

Now, those are words that don’t need changing!