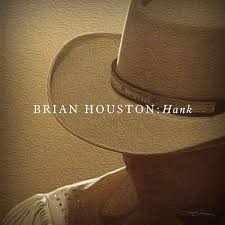 I don't like the sound of old recordings. Elvis is the first records I can take. It’s a hindrance as I love the songs of Woody Guthrie, early Johnny Cash and Hank Williams. I am always at the mercy of people covering their songs to be able to fully enjoy them.

For Hank Williams songs, I loved the Timeless Tribute album with Bob Dylan, Tom Petty, Ryan Adams and Lucinda Williams among others. It was good…

…. but Brian Houston has trumped it. Oh maybe some of you will argue with me over versions, though actually Houston covers a lot of different songs. For me Houston’s Hank is better because of its sense of wholeness. There is a consistency to how Houston executes the collection.

Brian Houston will tell you about hearing the music of Hank Williams, Kris Kristofferson and Johnny Cash, from his dad's reel to reel tapes, when he was around six years old. At the same time his mate Bobby introduced him to Elvis. Houston’s dad hated Presley but Brian, and his brother Mark, would be lifelong fans.

Being a committed fan of Elvis would lead Brian to The Platters, doo wop and soaring Gospel. Brian attests to being one eyed on this Presley sound until Van Morrison, Bruce Springsteen and Bob Dylan “muddied the waters”.

What Houston has done on Hank is to sneak back through that mud and find the cleanest vision of sound. He takes his father’s country Williams and runs them through his mate’s Presley. Houston doesn’t have the same voice as Presley but he does use his voice in similar ways - the purity, the dexterity, the emotive reach.

Hank is a beautiful thing.