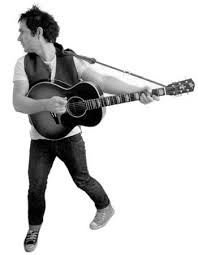 Music has always been a vital ingredient of the 4 Corners Festival. 2019’s Festival is no different.

Following successful evenings in the last two years with Iain Archer and Ricky Ross we have the wonderful Brian Houston in the spotlight at our annual In Conversation. Brian will sing his best work and maybe rare and new songs in between chatter and banter with Steve Stockman. How Belfast has influenced his work and this year’s Festival theme of Scandalous Forgiveness will also feature. An East Belfast man in a West Belfast chapel on the Falls. Typically 4 Corners!

The New Irish Arts are not new to the Festival. A few years ago they performed No Greater Love, their piece on World War 1 in Clonard Monastery. This year they are writing a special work to throw another angle on this year’s theme. A beautiful eclectic choral and orchestral concert with stories and music about grace and forgiveness in the beautiful setting of St. Peter's Cathedral.

Though those are the only major music events this year there are other musical contributions.

Our Radio Service that has Fr Greg Boyle as our main speaker will feature the Celtic Psalms of Kiran Wimberley and the McGrath family. They have released a few albums and their trad version of the Psalms brings out an Irish soulfulness.

At Sunday night’s event in Skainos where Greg will again be the main speaker, Dave Thompson will be singing. Dave released his debut album Newsprint Sky a few years ago and is even writing something influenced by Greg’s books.

On the final night we bring back Beki Hemingway and her husband Randy Kerkman. Beki won many fans at the final event of last year’s festival. They will play us out again with,  what might become the 4 Corners Festival theme, The Forgiveness Waltz, among other songs.