KEN HADDOCK - ONE NIGHT IN WILLOWFIELD 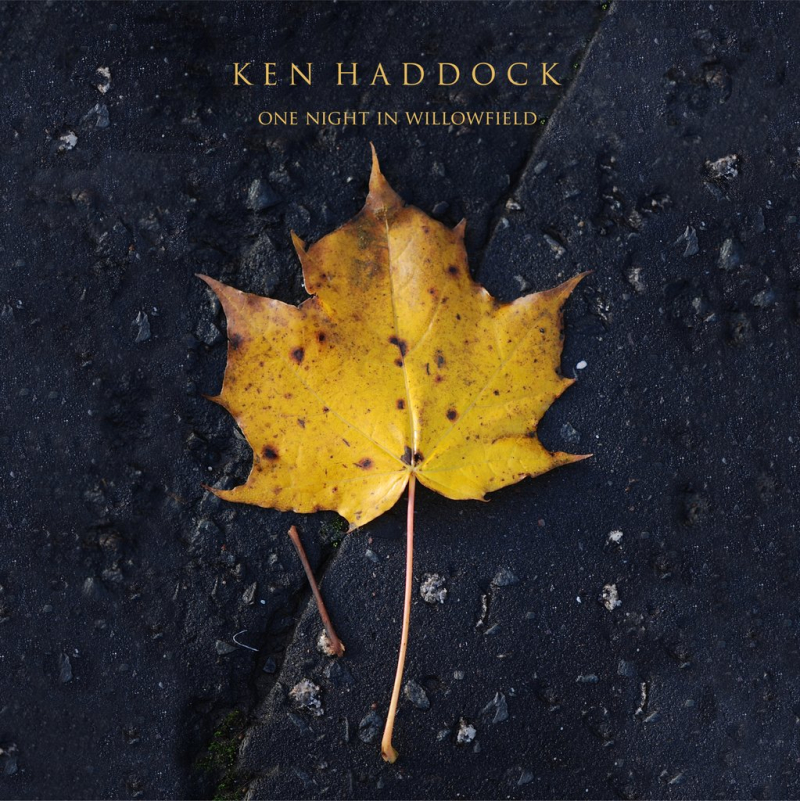 Ken Haddock is a rare gem in the musical crown of Belfast, a city whose crown is way above average in its number of precious stones.

Ken just shines. As a human being, he is an utter pleasure to be in the presence of - warm, gracious and humble.

That humility is written in capital letters all over his music career. He has a website but that is for his photography! He’s only released two albums and an ep. Haddock has been playing residencies in Belfast bars for twenty plus years with no seeming desire to seek anything beyond the city limits. Either he is too laid back, lacking in any desire for stardom or has no idea just how good he is.

One Night In Willowfield is a declaration of just how good he is. It is a beautifully intimate recording of a man who sounds like he is his front room playing to his mates. Needless to say that Haddock has added no overdubs. It is as it sounded on the night. What he did add to the evening was the Acro Quartet with some gorgeous string arrangements. Ken’s band are pretty tasty too.

Yet it is Ken Haddock that shines. That voice. So soulful. Van meets John Martyn. One moment  vulnerable, the next moment brawn. Every moment emotive. A well aged whiskey would sound like this. As he sings you feel that you are hearing experience of life and heart and soul.

When you are doing residencies you’ll always need the cover songs. Over the years Ken Haddock has become a talented interpreter. He eeks the spiritual out of Bruce Cockburn’s Southlands Of The Heart, gives REM’s Losing My Religion a fascinating arrangement and interesting setting, though it is not technically about religion, and best of all, a poignant Both Sides Now. Oh my!

Yet, maybe most surprising for a guy as parochial as Haddock is the strength of his own songs. Word By Word, Diamond Girl and Day That Never Came just three highlights in this set.

Dare I suggest that the setting of a Church suits the work of Ken Haddock. Those lines in Word By Word - “We felt the world turning below us, in silence/A reverent hush as we made our holy embrace” - betray a sacredness in his writing. Having grown up in Church, Ken probably frequents it a lot less these days. Some might suggest that that made his faith smaller but I wonder if Ken is presenting God as bigger!

A wonderful night in Willowfield!