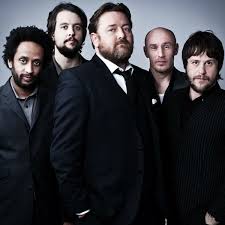 Elbow have been more than generous, over the years, with their extra tracks. I love this playlist and indeed would suggest that it is my favourite Elbow album!

(from I'll Scratch Your Back)

WAY DOWN IN THE HOLE (Tom Waits' cover)

RUNNING TO STAND STILL (U2 cover)

(from This Blue World)

from BBC Radio 2 - The Piano Room)

(from Not A Job CD single)

THE NIGHT WILL ALWAYS WIN (Recorded at Manchester Cathedral)

AUGUST & SEPTEMBER (The The cover)

WHAT TIME DO YOU CALL THIS?

(from Man Up soundtrack)

SOMETHING IN THE AIR (Thunderclap Newman cover)

(from NME One Love)