Home Archives Profile Subscribe
THE GLORIOUS STORY OF A NEW SCHOOL IN KARAMOJA, UGANDA
A CASE OF YOU - JONI MITCHELL 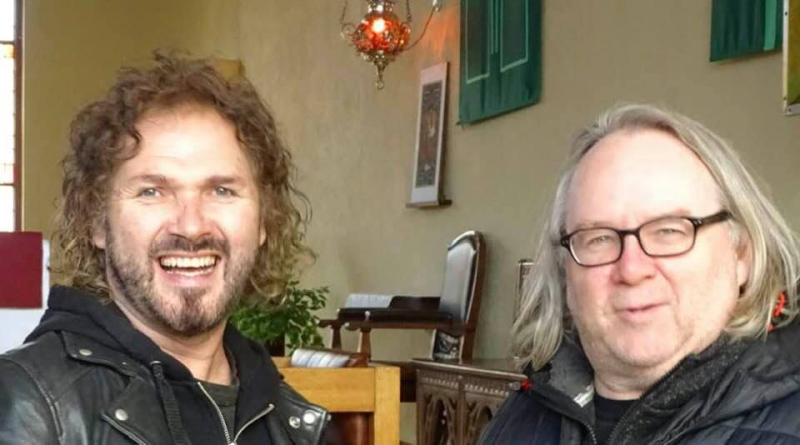 If you haven't seen Springsteen On Broadway, then get over to Netflix now! It is a gripping watch.

Belfast’s equivalent to Springsteen on Broadway is Houston On The Falls. I am incredibly excited that the 4 Corners Festival’s follow up to the Conversation and Concerts with Iain Archer in 2017 and Ricky Ross 2018 is Brian Houston in 2019.

When I started hosting my radio show on BBC Radio Ulster, that ran from 1996 to 2006, Brian Houston was my first interview and session. He was a regular in the studio with me, chatting about new records and he played live shows from the BBC studios, the Ulster Hall and even a floating stage on the Lagan.

I’ve been a fan of Brian’s music since I discovered his single, with his band Mighty Fall, in a record shop in Wimbledon around 1991. I knew him well enough by the time of his first solo CD Crush that I had the privilege of writing a poem for the sleeve and I even got to write the sleeve notes for his first worship album In The Words of Dr Luke.

Brian Houston comes from the same corner of Belfast as Van Morrison and CS Lewis. On February 5th I will be asking Brian what there is in the east Belfast water that that corner of our city produces such artistic imagination.

We will talk about Brian’s childhood in the Braniel and how his guitar arm was saved by one Michael Stone! I will ask about his early musical influences and how he came to play Belfast pubs on a Saturday night and Belfast Churches on Sunday morning.

We will discuss his catalogue of work, the songwriter, the rocker, the worship leader and the Gospel blues. There are not many music artists anywhere who have taken on the variety of genres Brian Houston has… and succeeded every single time. From the lo-fi beginning of Crush, to the professional rock/pop production of Good News Junkie, to the songwriter craft of The Valley to the worship songs of Jesus and Justice to the rocked up Gospel of Shelter and then the Irish Trad of Songs Of My Father. Where do we begin… and what songs to ask him to sing?!?!?!

We will come right up to date and hear about his latest desire to bring out his Irish heritage in the music. We might get an east Belfast Protestant singing in Irish in a Catholic Church on the Falls Road in West Belfast!

The theme for 4 Corners Festival this year is Scandalous Forgiveness. Do we need to forgive each other our separate cultures of those who cross the sectarian red lines we seem to have drawn.

Expect humour, vulnerability and honesty. Expect the lyrical prophetic depth charge in the conversation as well as the songs. Expect it to be a little like Springsteen on Broadway but be ready for the Houston factor and the Belfast effect!