UNDER THE SIMPLISTIC SECTARIAN SURFACE - OUR COMPLEXITIES 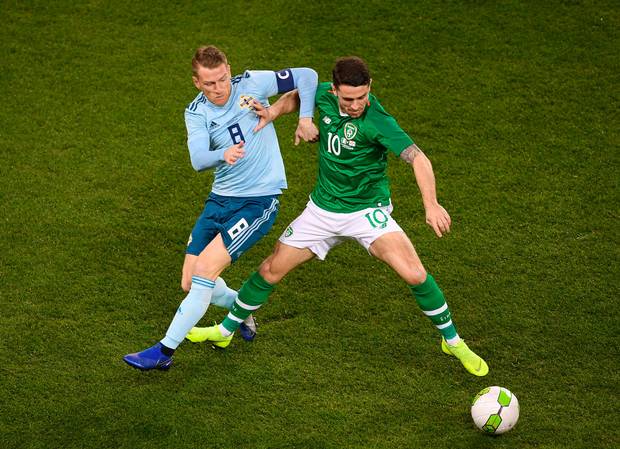 I met a man in a British Army uniform awhile back. As we shook hands shared names I was astounded. He had one of those Irish names that shouted Catholic. Knowing what we were both thinking, he laughed and carried on that his family were from the Republic of Ireland. it reminded me of the complexities.

I felt the complexities again tonight when soccer fans disrespected each other’s anthems in the friendly between Northern Ireland and the Republic of Ireland. The Northern Ireland team are a scattering of Protestants and Catholics, yet all being treated like the same. What if Liam Boyce scores!

Brian O’Driscoll’s recent Shoulder to Shoulder documentary looked at those complexities in an Irish Rugby team that during our Troubles had Donal Lenihan, from Republican stock, sharing a room with Brian McCall from the British army! The complexities.

Sadly, the complexities are hidden a long way from the simple sectarian surface that causes all of our division. This simplicity came out during the Titanic Commemorations in 2012. In the north it was a Protestant tragedy, ignored by most Catholics. In the Republic it was recognised that more Irish Catholics than Protestant were lost due to the final docking at Cobh.

The Pope celebrating the Battle of the Boyne. The Presbyterians in the United Irishmen. The All Ireland Gaelic Football Cup is named after a Protestant. There are hundreds of Protestants learning Irish on the Loyalist Newtownards Road. Complexities.

I believe that if we could open up the complexities it might be an avenue for us to humanise one another and uncoil the spring of tension that our simplistic view of each other has been allowed to wind up. After centuries on the island we are more mongrel than the pure breed that many build their ideologies on. Recognises little bits of the other in ourselves might lead us to more empathy, understanding and respect.