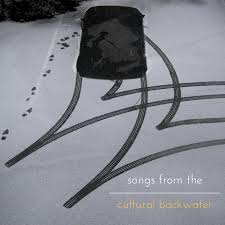 Jules Maxwell is a quiet wonder of an artist. He’s not usually in the front preferring to play behind the likes of Iain Archer or Brian Houston, write with Foy Vance and Lisa Gerrard, tour with Dead Can Dance and worked in the theatre, being resident composer at London’s Shakespeare’s Globe Theatre for goodness sake.

This collection of songs brings all of that back story to fruition in 12 perfectly honed songs. It is an eclectic mix but overall it a record that is sparse in instrumentation but full of lovely little flourishes with brass and strings that his soundtrack work has taught him how to use economically but with impact.

Everything is understated but makes quite a statement as a result. Maxwell comes from the traditional songwriting line that traces back to Randy Newman and Jimmy Webb. Webb for the craft and odd subject matter. Newman for the humour throughout.

I can hear an Irish version of the deep southern spirit of Louisiana 1927 in the emigration song No Place That Rains (Quite Like Home) Quite Like Home. The quirkiness of Newman is also seeping through The Boy Who Cried For The World.

Maxwell’s strength over Newman is that the humour and quirk never gets to a point where it becomes a little over bearing. He is leaning into Jimmy Webb enough to smooth Newman’s sometimes irritating edges off. Indeed, Webb would be proud of Good Ghost and the stunningly beautiful Last Train To Limerick, on which Louise Wallace voice gently spills into your heart in the uber sparseness. Oh my, it is so utterly beautiful. If Webb write this it was be the most covered song of the next five years!

Maxwell’s sabbatical from playing supporting role to a myriad of musical worlds is an outstanding success. This a deeply satisfying album.

Great review. And you can hear him LIVE at the Portico in Ards Saturday 13th of October
http://www.porticoards.com/