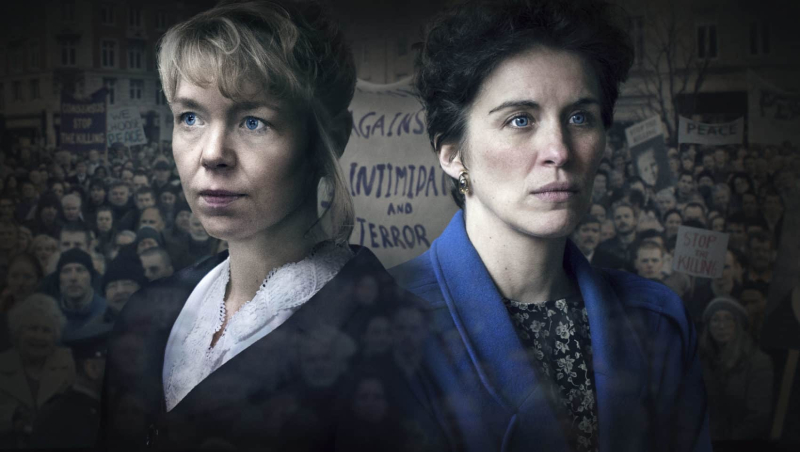 (The theme for this morning's Pause for Thought was "The Cost Of Giving." I wanted to do something about the giving of forgiveness and then on Monday night on BBC 2 I watched Mother's Day... that was it!)

On Monday night I was gripped by the BBC drama Mother’s Day that told the story of the Parry family who lost their 12 year old son in the IRA bomb in Warrington in March 1993. It was harrowing and emotional. The eyes were moist as I watched Wendy and Colin Parry realise that their son had been caught up in the bomb. Then they see him bandaged from head to toe in a hospital bed. Then they had to switch off his life support. Oh my. Tears.

Mother’s Day revealed that at the same time in Dublin a very ordinary woman, Susan McHugh, decided enough was enough and attempted to do something to end the N. Ireland Troubles. She held a meeting and then a rally where 20,000 came out into Dublin city centre to tell the terrorists that we were fed up with the killings.

The rest of the drama shows how the Parry’s, with the help of the McHugh’s, decided that they should use their grief to speak out, to become peace makers. Their vulnerable attempts to make a difference for us all again brought me to tears. Different tears. Hopeful tears.

The Parrys are not the only people who have taken the horror that visited them to act for peace. I am always inspired by those who have every reason not to work for peace, modelling for us an alternative way to deal with the loss.

The Parrys have spent the twenty five years since they lost their beloved son, as peace builders. They founded the The Tim Parry Johnathan Ball Foundation for Peace in the name of their son and the 4 year old boy who was killed the same day. At their Peace Centre in Warrington they invited former IRA man Martin McGuinness to speak.

The IRA Ceasefire happened seventeen months after Tim’s death on what would have been his 14th birthday. The loyalist ceasefires came just a few weeks later. There was a whole lot more to those ceasefires and the peace agreement that followed BUT acts like the Parrys and McHughs played their part for sure. The cost of their sacrificial giving helped to buy us all peace.