U2 and THE EVANGELICAL PSYCHE 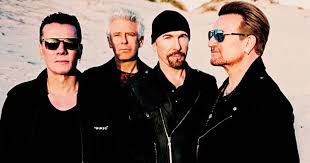 Maybe 15 years ago, Cathleen Falsani, then with the Chicago Sun was doing an article on Bono and his faith for Christianity Today. She interviewed me to ask why U2’s lyrics and faith is such an important issues among evangelical Christians. I wrote this article which is still worth a post.

My initial response was that this was not a unique thing to evangelical Christians and U2. I was reading the jacket of a biography of Bill Hicks in a shop and I think it was John Lahr from the New Yorker was quoted as saying something like “the popular entertainers have become the unelected legislators of our time.” And so the lifestyles quotes and songs of most artists, whether it is the depth of Radiohead or the shallowness of Britney, is important if not crucially influential. So U2 is important for that reason alone but they have a special place of obsession within evangelical Christianity because there is a certainty among some and a suspicion among many that when you engage with their work and lives there is a Christian heart and soul to it.

Can I add at this point that if our popular entertainers are the unelected legislators, then Bono and U2 bring a depth of humanity and spirituality to that which is little short of salt and light into a culture where many of the unelected legislators are only selling hedonism, materialism and violence if anything at all! About a year ago I and my Church Of Ireland counterpart at Queens University were invited onto a BBC talk show to talk about whether the Church was dead. The host at one point said that he had been to Slane Castle the previous summer to watch U2 and asked us if we ever thought the Church would have that kind of influence over young people. My response was to say that if he was saying that rock stars are the ones who are today’s priests and preachers then I was delighted that U2 were the biggest band in the world because they bring a serious spiritual influence to bear.

In the interviews and the emails and letters I have been responding to since Walk On was published I have come to realise that there are two distinctly different reasons why people are so intrigued by every album that U2 releases, scouring the lyrics with Bible Study intensity. There are those for whom it is important because they have come to rely on U2 as a spiritual encouragement and inspiration. Believing them (particularly Bono and also Larry and Edge) to be without doubt followers of Christ this group of Christians have found the band a source of prophetic wisdom into the ways of the world and how faith caresses and collides with it.

I think too that this group are looking for more evidence that the band are still following. There are two reasons for this. Firstly, and I do not think this is at all wrong, they are encouraged, affirmed and given confidence in their own encounters with modern culture when they can feel a spiritual kinship with the biggest rock band in the world. It gives their faith credibility. Secondly and more trivially they are constantly battling an apologetics war with the suspicious group that the band is indeed still “walking with God.”

There is another group who are equally obsessed and that obsession is to be a judge and jury to the band’s faith and to prove without doubt that they are not Christians. When you stop to think about that it is a bizarre pastime but it alive and well and opens up a few things at the heart the evangelical psyche that need a good deal of investigation. Firstly, there is the judgementalism. This grouping is very determined to castigate and exclude and damn and do it with a fervent glee. There is a lack of gentleness and grace. At times there is a frightening viciousness.

When you look at where this comes from within the evangelical psyche it is hard to get past two things that are intrinsically linked; security and fear. This groups security is locked up in words and definitions. In one recent attack on Bono through my web page from someone who seemed very much in this grouping it was said that Bono had never even professed to be a Christian. If it was merely words that answered the query then I could very quickly have relieved the attacker’s ignorance though they may have responded by asking how recent Bono’s words were. The exactness of the time of the words is as crucial as the precision of the wording within this mindset.

This in itself needs a serious investigation. That a few words of how people define themselves are what we use as evidence for or against their inclusion in the community of believers is hugely suspect. On my first day as an assistant minister my very wise boss told me that I would visit people who were very quick to tell me the minute and hour of their conversion and talk length of their testimony. In other homes he said there would be little understanding of evangelical buzzwords or how to express faith. In time, he warned me, those quickest to talk about salvation would be oftentimes slowest to live it and those who found it hard to verbalise would prove themselves saints of God.

Yet, I think it is insecurity that makes us want to know and makes us keen to confine spiritual life to a well structured sentence of appropriate wording. If we do minimise it to that kind of size then we ourselves can be sure of our salvation because we are like everyone else in on the salvation train. If we open our inclusively to blurred definitions then how does that effect our own security. Of course the fixated tendency to want to draw lines between the saved and the damned itself is something that leads to all kinds of varieties of unkind behaviour towards the “outsider” or those we are determined to keep as outsiders until they become exactly like us.

Peter Mullan is the director of a new movie on The Magdalene Sisters, horrific institutions in Ireland where nuns literally imprisoned unmarried mothers and abused their human rights in various ways during the late fifties and early sixties. In a TV interview with BBC Northern Ireland’s Ralph McLean, Mullan said that when he asked a nun how this tragedy was able to happen her reply was “the absence of doubt.” This is a profound truth that is not only the cause of misdemeanours within Roman Catholicism but also many areas of spiritual abuse within evangelical Christianity. How can people lambaste and damn Bono and other believers in U2 and make every effort to keep them outside the community of the Kingdom, to destroy their character rather than pray and build them up? It is the absence of doubt because we are so arrogantly sure that we are infallible at how we accept and reject people from the fellowship of the Kingdom of God.

Of course Bono and Larry and Edge are not in the slightest interested in whether the evangelical Church accepts them or not. The “U2 apologetic” strand of my book would not be of the first bit of interest to them. They are only too aware that it is God who judges and it is God who offers grace. Indeed I do not think they have any interest in what the evangelical subculture thinks about them at any level. When they are speaking publicly, as Bono is more and more, about God and Scripture and how to live by that Scripture they are not carefully choosing their words to gain enough marks to pass some sceptic evangelical’s test. They are working within bigger contexts taking what they really believe to the world beyond the Christian ghetto and to reach that world they are happy to be misunderstood by the evangelical doubters who live in their absence of doubt world! Their faith is bigger, their vocation is bigger and their God is bigger.

The other reason that the doubters desire to rid themselves of any doubt over Bono’s damnation is fear. If this band’s message and lifestyle is Christian then it comes with huge challenges to the evangelical subculture. It will mean that the definition of a Christian as someone who does not smoke or drink or swear will have to be reconsidered. How then should we define a Christian? It would be fearful to think that the message and lifestyle of this band was what might fill the gap. Would that mean campaigning for the ridding of the world of Third World Debt, campaigning to get AIDS victims in Africa the same opportunity to have the drugs as those in the west have. Would it mean immersing ourselves in culture at the risk of being misunderstood within the evangelicalism that we find our security in.

In the end we have to ask if the evangelical subculture has become a mirror image of the comfortable western world so beautifully described by Radiohead - “no alarms and no surprises please.” If that is the spiritual life you want sit back in your comfortable chair and only break your relaxation to throw the odd judgemental hiss across the room at a few ordinary guys in extraordinary jobs trying to tumble and stumble on in their Christian pilgrimage, often times making mistakes along the way. If you want something more then do not be afraid to engage as they engage and take risks as they take risks. Alarms and surprises please!