Home Archives Profile Subscribe
STOCKI SABBATICAL IN UGANDA... WE HAVE ARRIVED... THE WHY AND WHAT?
BLACK MAMBA SLEEPS - STOCKMAN'S POEM IN A NEW MISSIONARY MEMOIR 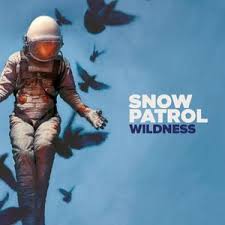 Seven years of silence… and then… from what seems like the far side of the universe… acoustic guitars strum. And then Jonny Quinn hits the drums and propels the new Snow Patrol record into the stratosphere.

Every single sound on Wildness, and there are a lot of them, seem to have universes of space between them, yet something pulls them all together into the most majestic, ambitious, other worldly and dreamy of beautiful noises.

It is a revelation, a thing of many imaginations. The strings, the programming, Johnny McDaid’s perfectly timed piano interruptions, Nathan Connolly’s guitar noises that change his sound far beyond what Achtung Baby did to the Edge.

All tied in, or driven, by Jonny Quinn’s rhythmic thumps and touches. Drummers they say should not be heard but underneath. This is the record that Quinn begs to differ. There is a throb, a pulse, a cadence, a lilt to these songs that mesmerises.

On top of all of this floats Gary Lightbody, his voice shifting from guttural rasp to vulnerable otherworldly falsetto. His lyrics are always unique to Gary. They seem clumsy with fewer rhymes than the average 4 minute rock song. Never let that fool you as to the man’s ability to turn and twist a phrase.

On Wildness, maybe more than ever before, the poetry and the melodies shift direction, stay longer than they should or sometimes shorter, always allowing your ear and, more importantly, heart and soul to ride upon them to places the line before never dictated and always to spaces that you are glad you’ve been taken too.

Much has been said about Lightbody’s writer’s block, mental health and the benefits that he has had getting sober. It is all in here. The sounds take you out into the cosmos while the content brings it all back down to earth and into valleys of the shadow at that.

These are the songs of a man who has looked at his demons and, as he has said, befriended them, maybe ejected a few. In doing so this becomes the most authentic, deepest and amazingly most hopeful Snow Patrol record to date.

Whether it is the “it doesn’t need to be the end of you” on Life On Earth or ‘Don’t Give in, don’t dare quit so easy” on Don’t Give In or “The lost tribes in the back of my brain/Making fires from what they've stacked for years in secret” we more often than not find healing given voice on Heal Me:

And this is hurt like kindness breaking you with gentle hands

I call out your name, it feels like a song I know so well

You call out my name like no one before

I did mention his turn and twist of phrase!

There are of course moment when things land. What If This Is All The Love You Ever Get is that big Lightbody ballad. You must see the video on Strangford Lough to get its full sense of heartbreaking isolation:

I'm in the ruins too

I know the wreckage so well

Soon resonates with me particularly as it recounts Gary going to visit his father who has dementia. He describe sit well. The loss of memory… the looking back in a son’s head when a father cannot… and a realisation as he look forward that we are next. His dad, in his every day the same as the last or the next, has less to fear than the son. Brilliant.

Every play of Wildness throws me in a different direction, throws back at me a different sound and leaves me repeating and reflecting on a different deft lyric of depth.

“Don't fall in love with the, with the way things were

Isn’t that a word for Stormont and Northern Ireland in general, just now.

As the opening song declares:

"This is not the same as other days

This is something else"