Home Archives Profile Subscribe
ROTTEN TREE BLOCKING OUT THE LIFE IN BLOOM - BBC Radio 2 Pause For Thought 23.5.18
THE GREAT PRIDE INSIDE OF ME (for JASMINE GRACE)

RAY LAMONTAGNE - PART OF THE LIGHT 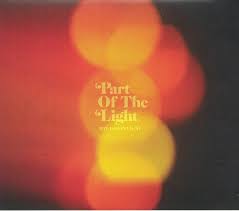 I loved Ray LaMontagne’s first record. I played How Come a lot on my radio show. I loved:

“I said how come

I said how come

Is a child of god

I said how come”

After Trouble though I lost a bit of interest. I have God Willin' And The Creek Don’t Rise but I don’t think I ever played it until this week.

This week I discovered his brand new record Part Of The Light because my mate Doug Gay highlighted a track on Facebook. It peak my interest and I gave it a lash.

On first play, I thought that I had confirmed to myself why I didn’t listen to Ray LaMontagne anymore. Then I listened again… and again… Oh my. It has now seeped into my very core.

It is a long way from Trouble to Part Of the Light. In between LaMontagne got fed up too, then reinvented with a Dan Auerbach produced record Supernova before finding Jim James on his last release Ouroborus.

Part Of The Light follows Ouroboros or maybe takes it back a smidgeon. LaMontagne has kept a couple of James’ My Morning Jacket band mates and though not in the producers chair anymore, James’s influence is rife. LaMontagne takes his big voice that is now so in vogue with Hozier and Rag'n'Bone Man and subverts it, layering it out, under the atmospheres. It becomes more intoxicating as a result.

When I say a smidgeon back, I mean that Part Of the Light is less a concept album and with more variety and songwriting core than its predecessor.

There is a lot more acoustic guitar here. The title track is and Let’s Make It Last are delicate while Such a Simple Thing is nearer fragile. As for Black As Blood Is Blue it could be Foo Fighters and maybe my very favourite No Answer Arrives is all psychedelic late 60’s guitar strut. The final Goodbye Blue Sky is part Moody Blues, part Crosby, Stills & Nash, all wrapped in a soft warm covering of layered beauty.

Indeed, that is where Ray Lamontagne is. He has taken his Woodstock-like organic acoustic sounds of a decade ago and pushed them towards the pre Band psychedelia and taken psychedelia and brought form and accessibility to that oftentimes over indulgence.

You can tell that I love it! I so want to be apart of Lamontagne’s light too:

“When kindness is the greatest gift that one can share

Why choose hate to subjugate your fellow man?”