Home Archives Profile Subscribe
THE FISH EAGLE AND THE TIGER FISH - Thought For The Day 18.5.18
ROTTEN TREE BLOCKING OUT THE LIFE IN BLOOM - BBC Radio 2 Pause For Thought 23.5.18 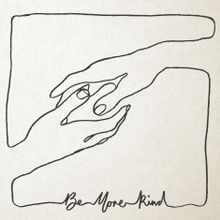 I have to confess that I haven’t paid much attention to Frank Turner. Even with tip offs from my mates Neil Sedgewick and Dave Thompson I owned nothing. Then my mate Iain Archer co-writes with him and I need to give it a listen.

It is right up my musical street; social commentary, deep introspection, spiritual advice and all said in the craftiest of crafted lyrics. Goodness me but Turner can play most imaginatively with words. That twisting and tumbling of inventive rhymes is put to great use.

I have to say, and people would expect me to, that the Archer co-writes are the strongest songs of a very strong collection here. Archer has the unique ability to make bring near pop-like sensibility with a depth that belies it.

There are three layers to Be More Kind. First, there is a world in a state of chassis, as Joxer Daly put it in Sean O’Casey’s play Juno and The Paycock, back in 1924. Turner actually has a song on here called 1933, his fear that the spirit of European fascism is back in vogue.  21st Century Survival Blues, Make America Great Again and The Life Boat lay out a world that is dark and dangerous, whether Trump, Brexit or social media has tossed us into disarray.

With the objective and universal in chassis, Turner turns to the subjective and personal. Brave Face, Blackout and There She Is finds hope and escape in love.

There is a third thread, though. It is not about cuddling into a personal romance and letting the world go to hell. Turner wants change. There’s the final track hope that we will eventually work it out and Get It Right. The title track is stolen from a Clive James poem and the preach is in that title. Little Changes is literally a preach as he asks, “Let’s not just pray/Let’s make a change.”

My favourite preach is on Common Ground, with its Prefab Sprout like sounds. I do not believe Turner is talking about Northern Ireland, there are more divisions in the world than ours, but oh my it is a clear message to Arlene and Michelle:

“If we are to find a way to live

Then we need to build ourselves a bridge

And if we were to build ourselves that bridge

We could meet in the middle and forgive”