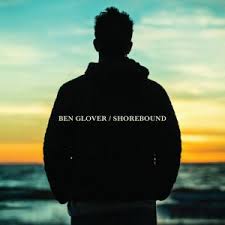 Glenarm is a beautiful little seaside village on the north east coast of Northern Ireland. It is sleepy, pretty and quaint and as you drive that Antrim coast road the views of the sea are breathtaking. If you are ever there the walled garden in Glenarm Castle is well worth a visit. For a local songwriter, it would be a long way to Nashville, Tennessee.

Ben Glover is from Glenarm but as his new record Shorebound testifies to, he is a songwriter working in the heart of music city, USA. Glover has always been a collaborator. He won Americana Music Association UK’s 2017 International song of the Year with Blackbirds written with Gretchen Peters and has been a main mover in the cooperative The Orphan Brigade. Shorebound again has a co-write with Peters but also with Mary Gauthier, Kim Richey and Amy Snow. These are not division two players.

The titles of Glover’s last two records, Atlantic and The Emigrant gives us the clue that the young Glenarm man lives between his two homes. So to Shorebound, with its over gazing out to sea. That’s not taken in Brentwood. The co-writes too. Northern Irish’s finest are here; Matt McGinn and Malojian and the wonderful Anthony Toner. Add to those Englishman Robert Vincent and Glasgow’s Ricky Ross from Deacon Blue and this is an album of exceptional depth.

Musically it would be wrong to confine these songs to one location either. Americana would be cheap and lazy. It rocks gently on the opening What You Love Will Break Your Heart and a little harder on Wildfire that rolls down the same street as Mumford And Sons. There is that noir side of Gauthier and Peters on Catbird Seat and Dancing With the Beast. There is the tenderness of My Shipwreck Friend and the spiritual Kindness, like a prayer for the world. My favourite is Northern Stars that brings Stevie Scullion’s layered melodies and sounds.

Glenarm be proud. Your spirit and beauty are all over this album. Northern Ireland be proud. Ben Glover has grown into one of our very best songwriters. An export to be proud of! Shorebound is a sublime collection of mature art.