Home Archives Profile Subscribe
U2: LOVE IS BIGGER THAN ANYTHING IN ITS WAY - SONGS OF EXPERIENCE Song by Song
SPENDING THE DAY IN A PLACE THAT THE US PRESIDENT CALLED A ****HOLE 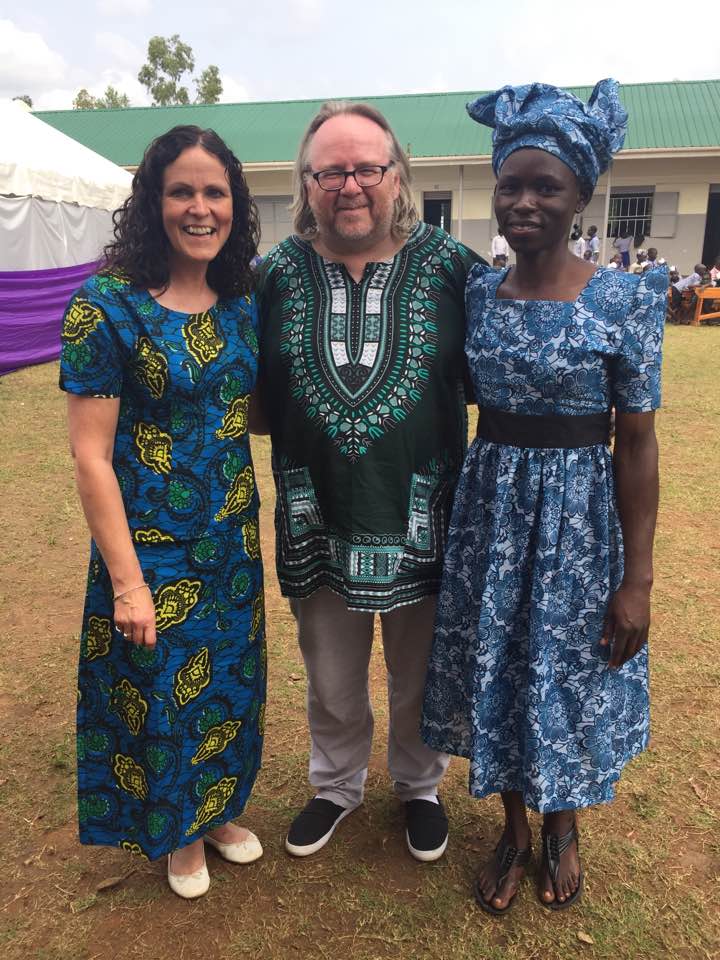 Not long after midnight and I’ll be off to Dublin to fly to Amsterdam to catch a flight to Uganda, probably calling in at Kigali, Rwanda for an hour along the way. I will be delighted to be back in Uganda. This is my fourth trip in less than four years and I hope to spend six week there this summer with my family. I blame my mother-in-law and my Great Uncle Tommy.

It was in my first trip to Uganda in 2015 that I considered their holy crime. I looked around at my wife and daughters and realised that Africa is where they come alive. My mother-in-law, Anne Gordon, who passed away in 2009, came into my mind. She loved Africa, though to be fair, it was the countries further south that she had visited and prayed for. Along with my father-in-law Bryan they headed up the Irish department of Africa Evangelical Fellowship which later submerged into SIM.

I think Anne would like to have spent more time than she did in Africa and I believe the prayed that Janice would have a love for the continent too. I couldn’t help but think she’d be pretty pleased that not only had her prayers covered her daughter but now her son-in-law was now drawn in and her granddaughters were smitten too!

My Dad’s Uncle Tommy never moved far from Ahoghill and Galgorm, just outside Ballymena. He died when I was around 11 years of age. From what I am told he was a prayer warrior and one time when he was ill the missionary Helen Roseveare told him was the most prayed for white man in the Congo because the Congo knew of wee Tommy’s prayers. It struck me one afternoon in our Primary School in Onaileku that I was less than ten miles form the Congo border. Tommy would be pretty pleased too!

Perhaps the prayers of those who go before us mark our trail. In the morning my trail is off to Uganda again. Fitzroy’s partnership in Uganda is with Fields of Life and I fly tomorrow with their CEO Richard Spratt and Board member Angus Wilson. We will spend two days at the Fields of Life Teachers’ Conference outside Kampala before celebrating 25 Years of Fields Of Life on Thursday.

After that I will be on tour with the founder of the organisation Trevor Stevenson. We will be tracing his steps around key landmarks, farms and schools from Kampala to Lira to Gulu across to Karamoja and back down the eastern side of the country. All of this is in researching a book about 25 years of Fields Of Life that I hope to be helping to write this year.

I am excited and apprehensive tonight but this morning I preached in Fitzroy about new spiritual adventures for the new year. Practice what you preach, preacher boy! In a few hours I will leap off the ledge into this new adventure. If you are the praying kind… I hope to be blogging the journey so if you are interested…