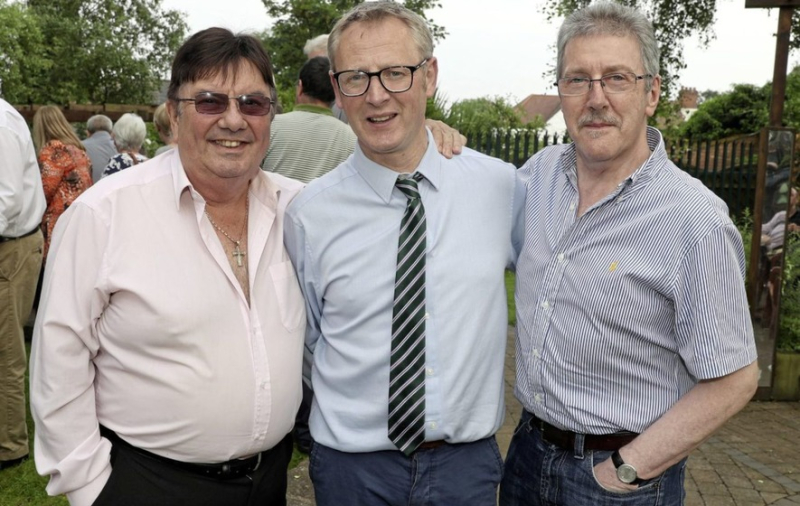 Twenty four years out of our conflict and there are many times that I am still shocked at the memories of what we did to each other in this little country. It always sobering to stop and ponder the bloody violence that rained own upon us over the 35 years of the Troubles.

Alongside the inhumanity that many showed to their fellow humans I am on the other hand constantly amazed, challenged and inspired by these who have suffered at the hands of that inhumanity and shown human qualities in dealing with loss and hurt and life changing consequences.

Our Life After Death event at this year’s 4 Corners Festival will give you the opportunity to hear two stories of devastation that were followed by resilience, dignity and a coming to terms with the horrible hand dealt.

Alan McBride last his dear wife Sharon in the 1993 Shankill Bomb. Sharon’s father was also killed when an IRA bomb went off too soon. I have listened to Alan tell me where Sharon would have been when her killers entered the shop and how she would have smiled and engaged with them. The personal touch in Alan’s story brings a painful reality to the Troubles. So often we think names and statistics not loved ones and deep sorrow.

Alan could have focused his anger into hatred and we would have understood if he’d given up int he country altogether. Instead he has been a peacemaker and an activist for the victims and survivors. He works for the WAVE Trauma Centre and is a member of the Victims Commission. Life After Death will be an opportunity to hear the hard journey from that devastating loss in September 1993 until now.

Alongside him will be Stephen Travers. Stephen was a member of the Miami Showband who were ambushed on their way home to Dublin after a gig in Banbridge in 1993. Three of the band were shot dead but somehow by a stroke of fortune Stephen, though shot, survived. You can only imaged the horror of being shot at in the dark of night and your friends beside you ending up dead.

Stephen has written his story down in a gripping book,The Miami Showband Massacre: A Survivor's Search for the Truth with Neil Featherstonhaugh which follows him as he comes to terms with life after the death of his band mates and then seeks to find the loyalist paramilitary perpetrators and ask them why? That there is a suspicion of collusion in this heinous incident adds to the sorrow and the intrigue.

There must be much trauma in Stephen’s memory and his unpacking of what happened to him but he is a delight of a human being to share a conversation with.