Every year we get a plethora of reissues and repackaged gems from the past. here are my favourite 5 of 2017... 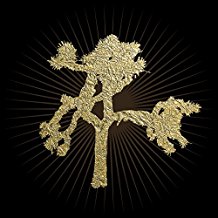 Rushed out to coincide with the Joshua Tree 30th Anniversary Tour, this only makes the top 5 to mark the Tour! This is pretty much the 20th Anniversary Edition repacked with a different live CD from the same tour. I only downloaded the new remixes which were interesting… BUT the world didn’t much need this as a box set! 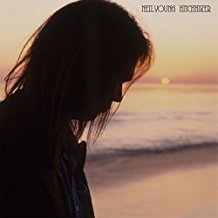 Another collection of out takes from Young’s vast vault of unreleased songs and albums. This one from my favourite Young period, at the end of the 70s when I started listening to him.

My review said, “No more beautiful collections of spokes exists than this stripped back bundle of classics and rarities; just Neil’s strung out voice, acoustic guitar and harmonica. Pure, unadulterated sweetness!”

3. RICHIE FURAY -  I”VE GOT A REASON/DANCE A LITTLE LIGHT/I STILL HAVE DREAMS 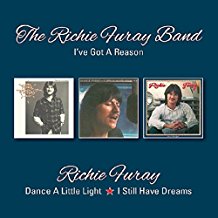 I have been a Richie Furay fan since 1980 when I got my hands on I’ve Got A Reason. This was before I discovered Buffalo Springfield, Poco or Souther Furay Hillman Band. It was Furay’s Christian faith that drew me. He was one of the first artists to show me that it was better to have faith deeper in the lyric than the surface Jesus per minute count so popular in the CCM world of the 80s and 90s. I think this trilogy contains the most satisfying albums of Furay’s career, apart from the Buffalo Springfield one! I eventually tracked down the other two records on this reissue but only on vinyl. I have longed for a new remastered CD version for years. Santa finally weighed in with it this Christmas Day. 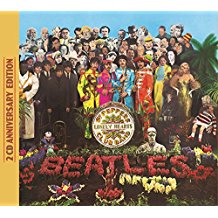 After 50 years the iconic Sgt Peppers gets remixed for stereo by George Martin’s son Giles. It made it more powerful a sound than the original. Wow! I got the deluxe edition with extra outtakes that includes versions of Penny Lane and Strawberry Fields that should maybe have been on the original record. If you had the money you could CDs worth of other takes.

My review said: The songs are a bit mad to be honest. A girl in the sky with diamonds is all Alice in Wonderland more than drug induced. A 19th century circus poster gives a lazy Lennon a full lyric. A Kellogg’s cornflakes ad is the inspiration of another. McCartney is wondering about being old and writing about a Traffic Warden. It all works because of the concept and the following through on the musical dreams. And even more 50 years later by Giles Martin making it more robust and therefore gripping. 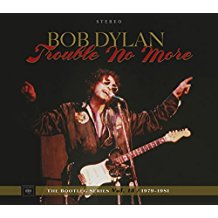 The revelation of the year - Bob Dylan’s Gospel Years were far from dull and bland as first thought. Almost 40 years later we are given rare out takes, unrealised songs and gripping live performances. Eight glorious CDs of it and a DVD!

My review said:  All in all. Wow! Self Portrait, another seeming blip in Dylan’s career, was completely reassessed by Volume 10 in this series. Volume 13 is again reassessment time. 1979 to 1981 were vital years in Bob Dylan’s art. He might have left the lyrical style and evangelistic fervour behind as his faith deepened and widened but this box set cannot be ignored. I think even atheists could enjoy it… and of course… for those with ears to hear…!