NEIL FINN - OUT OF SILENCE 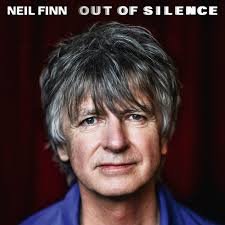 Neil Finn, New Zealand’s favourite song making son has never made the same record twice. Whether with Split Enz or Crowded House or with his brother Tim as The Finn Brothers, with his wife Sharon on Pyjama Club, on his own or with a myriad of collaborators on 7 Worlds Collide, his natural McCartney-like melody making has been given a plethora of forms.

After his last solo record, the full out and rocking Dizzy Heights, here is a quiet collection of songs. The creation of the record was live streamed to fans and the recordings made in a very short period of hours. Yet, don’t think it might be any less meticulous. These are not demoes or unplugged. These songs are tenderly layered with strings and harmonies. It is beguiling and very beautiful. I was suggest Finn’s most beautiful record to date.

Finn’s lyrics are full of images and intrigue that are often times more cryptic than quotable. The recurring theme on this record is uncertainty. In the emotional love of the heart and on the streets of a world where music fans are targeted by terrorists it seems to Finn that God is rolling dice with us. I think the latter is a in image of the uncertainty more than it is a theological surmise.

Whatever the injustices personal and societal there is a hopefulness in the last few lines:

“And I’ll stay with you, if you’ll let me

And the whole world, can forget me

I know that, we came closer

To believing, that we’re through

Out of Silence is quiet and reflective catharsis in a world that loud and bright and brash and beating us all up. To lie back in these layered quiet melodies can only be a helpful retreat. Let the beauty heal, orientate and give hope.