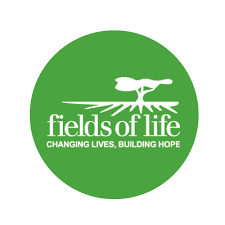 It is a story I have been fascinated by and sharing with others for a couple of years. Since I got involved in Fields Of Life, when Fitzroy funded Onialeku Primary School in West Nile, Uganda, I have been inspired by the founder Trevor Stevenson.

I am aware that had Trevor not decided to do something about education in Uganda in 1993 then there would be no Onialeku Primary School. I have visited other schools and watched the drilling for water that Fields Of Life also does.

I have watched communities celebrate their own school or the “miracle” of clean water. I have met the alumni of those schools and been so impressed as many of them become part of the Fields Of Life mission. The alumni are now funding a school in one of Uganda’s most tricky areas, Karamoja. What a story!

You can hear that alumni story in the next two weeks as a team from Fields of Life, Uganda come to venues all over Ireland and England to entertain with their artistic wonder and tell their stories! Storytellers Tour info here

Back to the founder though. I have always been intrigued at how a humble farmer from County Wicklow should make a decision to build schools when he actually went to Uganda to help set up a farm. What happened from that decision that set in motion the organisation that I am so impressed with twenty five years later?

In 2016 I found myself in Lira, northern Uganda and gazed across Dara High School and Truth Primary School. The schools separated by just a road were abuzz with children and young people. Hundreds of them. Rachel showed me around. She told me that Joseph Kony was still running rampant at the time they started building. There were two burnt out tanks on the land and two landmines found as they cleared it.

These were the killing fields of Uganda and Trevor Stevenson had a dream to turn them into Fields Of Life. He has. Well, he will say that God has done it “through him”. Indeed he will not even say “through him” but through a few decisions that God asked him to make.

The story began when Trevor felt a flutter of a calling from God on a few bales of hay on the family farm, just outside Bray. Today, Trevor is back on that farm, now minister of Crinken Church of Ireland in Bray. Having set up Fields of Life he let it go when he saw people more able than him to carry on the vision.

For a few years I have seen Trevor Stevenson’s story as a book I wanted to read. Recently I was asked if I would help Trevor write the story. I asked for a sabbatical from Fitzroy in 2018 and my Session have granted some time.

When I arrived at Fitzroy I set aside a few book projects as I knew I needed time, no longer available, to write books. Daily blogs would have to do. I am very excited to now be granted the time to get back to writing. This is a story much more personal to me than the U2 story that I wrote back in the day. I am very excited to be jotting down notes and helping Trevor dig deep to tell the story of how an ordinary human being can do extraordinary things when he opens himself up following God.