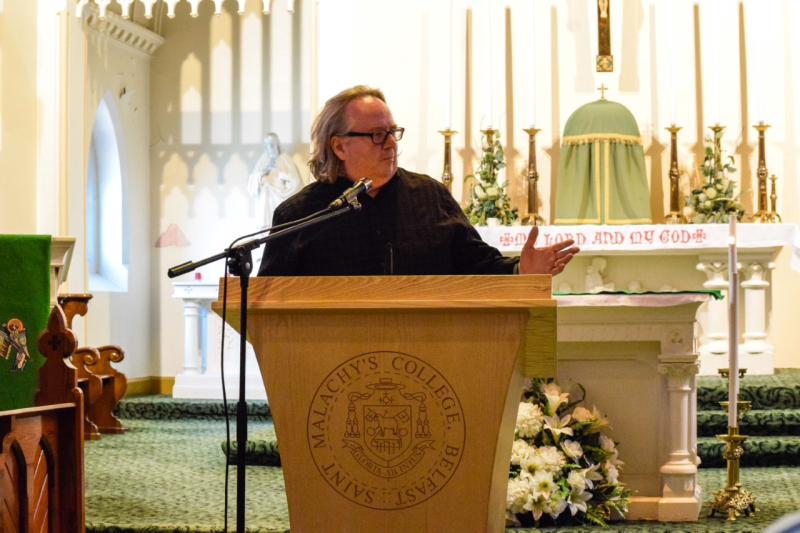 (I have been preaching a sermon series called 10:10 in Ten... This is one of them in blog form. I hope they will all appear but perhaps not in order!!)

“I have a problem with the Bible. Here’s my problem…

Now you see “sound” Christians do not have problems with the Scriptures, so Zahnd was dangling big time. Then with a preacher’s timing that is very much like the timing of a comedian he continued…

“I’m an ancient Egyptian. I’m a comfortable Babylonian. I’m a Roman in his villa.

That’s my problem. See, I’m trying to read the Bible for all it’s worth, but I’m not a Hebrew slave suffering in Egypt. I’m not a conquered Judean deported to Babylon. I’m not a first century Jew living under Roman occupation.”

Ah, sighs the theologically correct police we can listen again as the problem is not with the Bible but with the reader.

What Zahnd raises in his red rag to a bull is indeed a huge problem. Most western Christians are of the middle class western variety and live very comfortable lives of entitlement. We even think that the Church is entitled to a voice.

To read the Bible correctly we need to be slaves, refugees, under Empire. When I was a child I used to get Pharaoh and Herod mixed up. There was no need. They are the same and you can add Nebuchadnnezer and Caesar to the list. The children of God are under Empire, subversive agitates, even threats and always imaginative hope filled, grace drenched alternative imaginings to Empire.

BUT WE ARE NOT…

So when we read Paul’s words in Romans 12: 2, “Do not conform to the pattern of this world, but be transformed by the renewing of your mind,” we need to immediately confess that we are conformed. We have been part of a powerful Empire, we are invested in the powers of commerce and we enjoy the comfortable  spoils of it. For us western Christians this is a tough call. Jesus suggested it’s as tough as an camel going through the eye of a needle.

So if we are wanting to be transformed, Paul suggests that it begins with renewed minds. It is about a different seeing. It is about the alternative imagining of God’s way, dreaming heaven on earth. For the early Christians this was about looking through Caesar’s Empire to find Jesus’ Kingdom.

In their book Colossians Remixed Brian Walsh and Sylvia Keesmat unpack this resistance to Empire. They reveal Colossians 1 as a subversive poem reimagining Jesus as Lord rather than Caesar. Everywhere in the Roman Empire were images of Caesar, bearing down, oppressing and dumbing the thinking. Walsh and Keesmat see Paul as trying to renew the imaginations of Christians with that long description of Christ. Walsh and Keesmat go on to then ask the appropriate question - what are the dominant images that have conforming power over us in 2017? What dumbs us down?

They point out commerce. We are bombarded with advertisements to tell us what the Empire expects us to buy as we follow a reckless and unaccountable capitalism where the bottom line of the profits is almost The Emperor. Material comfort, leisure and our own right to be entitled to such a life is where that all leads. Individualism. My security. My privacy. My needs being met. And there we are… we are ancient Egyptians, comfortable Babylonians and Romans living in villas.

The rest of Romans 12 is an antithesis of such an Empire. Paul tells us we are all connected. He goes as far as to tell us that “we belong to each other”. Our individual rights are restrained by being part of something bigger. We are called to sincere love, sharing with those in need, living in harmony, being willing to associate with those of a lower disposition and not repaying evil for evil.

As I prepared this idea as a sermon, we had a touring group of Storytellers in Belfast from Uganda. They were sharing their stories. Once they were hopeless children without a future but were sponsored by strangers from far away. Now they had graduated college and were working. What struck me was that they were giving away anything they had, sponsoring others through school. One was sharing her home with none homeless children. They were remarkable stories.

I couldn’t help but think that they did not have the same problems with The Bible as Brian Zahnd and I have. They were not living in Roman villas or under our Empire. Having less, remarkably enables them to be more open and willing to be able to share what they have. Uganda is a country who have welcomed one million over their border in the past year from South Sudan. Their generosity has been widely recognised. We with oh so much more to share voted Brexit and are attempting to close our borders!

Do not be conformed… Oh, I have a problem with The Bible…

Strong stuff, but has to be said. I refer to this issue in ‘Mission With’, though not as eloquently. Tom Sine writes about “tucking the Jesus bits in round the edge of a normal lifestyle”. What is the modern equivalent of “they left their nets and followed him”?