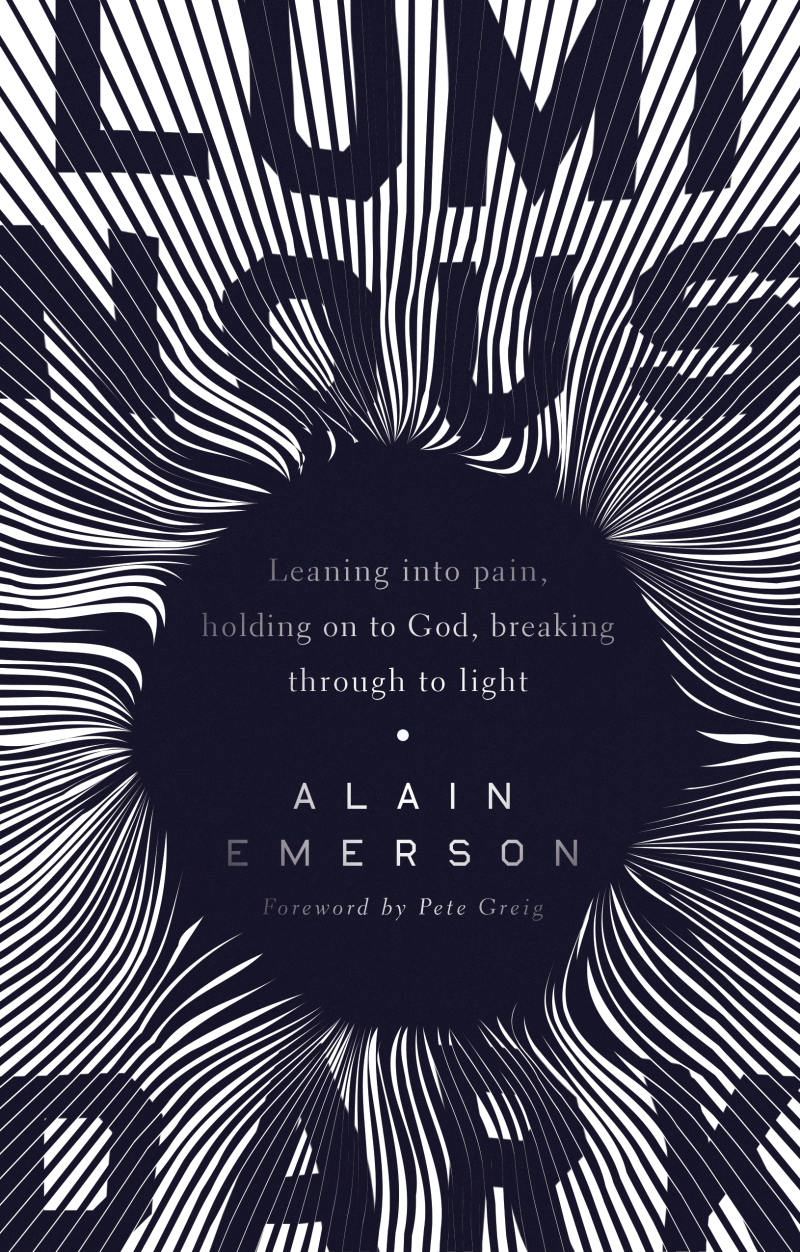 “This was never supposed to be my story, Stocki.”

My friend Alain had just lost his 23 year old wife after just 18 months of marriage. A young man still in his twenties, playing Irish Premier League football, leading worship at major Christian Conferences, taking youth teams to Uganda and pastoring a vibrant Church in Lurgan, Northern Ireland. The world was at his feet. Lindsay was his soul mate. His one and only. His partner in the undertaking of redeeming things.

Too quickly, Lindsay was gone. The story was not supposed to end like this. It had long chapters to still play out. Growing old together was a long way off but it was a chapter they were looking forward to enjoying, with the grandchildren, that now would never be born.

Having his wife ripped from him with cancer was not the story he should have lived but now it is the story that Alain Emerson has written. Alain reminded me that this book started out as a blog, blogging even before Lindsay passed away and how his honest vulnerability had resonated with so many people. He hopes that the book like those initial blogs will be a catharsis, a permission for people to groan out of God, to help them believe that they might glimpse hope again and ultimately that they can connect with Jesus in the darkest darkness.

I can recommend Luminous Dark because I was there when it all began. Not when Alain decided to write it but when Lindsay first got ill. I was there within hours of Lindsay passing away. I watched my friend hauled into the valley of the shadow of death.

I listened as he declared that he was going to face it. I watched as the head of a young Christian idealist and inspirational worship leader went down. I saw it slowly, very slowly, lift again. I watched and listened to the theological wrestling, as the spiritual disappointment disorientation threatened his soul.

Alain writes about making a decision towards survival in the midst of his counselling. I was reminded that when U2 lost their beloved road manager Denis Sheehan, Christian pastor Rick Warren encouraged them to choose joy. He stole the idea from his wife Kay’s book about how they lost their son to suicide. Luminous Dark is the story of a young man who made fragile but brave choices in the most difficult times.

In choosing to really grieve. In choosing to rage with God. In choosing to survive. In choosing to hope. In all these choices Alain chose to live a story that is a resource for all of us who will also find ourselves in grief. That determination to look grief in the eye and not flinch was no doubt the making of the spiritual leader Alain Emerson is. The resilience he mustered, he would remind us with God’s grace, has also given us all a pastoral resource that is second to none. In the last few years I cannot count the times when I told a young grieving soul that he or she needed to chat to Alain Emerson. From now on I will reach them Luminous Dark and know that they have a companion for the long tough road that grief is.

This was not supposed to be Alain Emerson's story but it was and this is the story that he has lived out and has now written down. Thanks be to God!