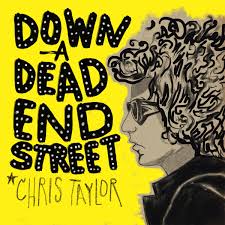 My friend Lesley hates anyone covering Bob Dylan songs. Now, she is from Northern Ireland and we are what we call thran, an Ulster Scots word that means we will stand firm, irrationally if need be. She grew up in a conservative Church so maybe that has helped her thranness! Whatever, she will not budge in her bigoted prejudice against anyone who dares sing Bob songs other than Bob!

Now, there are rational reasons to not like covers of Dylan. Lesley’s evidence of Cliff Richard and The Nolans singing Blowing In The Wind via YouTube was a strong argument. Others have taken the attitude, punk and protest out of our Nobel prizewinning genius’s work for sure.

You see there is something about the terrain of a Bob Dylan song. The road of his rhythms and preposterously brilliant rhymes is never the smooth surface of a German autobahn. There is unique eccentricity to his craft. A voice that is smooth, even if fantastically good, can glide over the nuanced bumps and gaps, losing the grit and grime of the poet’s earthy realities. Cliff and The Nolans can just never work!

Chris Taylor really really works. Why I am setting this record up as one of the best ever Bob Dylan covers albums is because the voice and the artist that is Chris Taylor perfectly fits such an ambitious project. His voice has a strong rough hue that makes traction in Dylan’s quirks. That gives him the sensitivity to eek out the yearning and deep soul searching going on.

He chooses fascinating songs too. The opening What Was It You Wanted hooks you in. Taylor allows you to get caught with the brawn of the conversation immediately. Times Have Changed - oh my! The psychedelic guitar rage of The Ballad of Hollis Brown - phew! Blind Willie McTell is ghostly. The Man In The Long Black Coat is chilling storytelling. Pressing On has the spiritual resilience of a pilgrim weary but keeping on.

As a collection it is captivating. You cannot turn it off or skip tracks. Only nine songs and questions need asked about another volume but Chris Taylor has taken his favourite songs from his favourite songwriter and created the most artistically satisfying Dylan covers record that I have ever heard… and one of my records of the year! Lesley... only irrational thranness can keep you away!