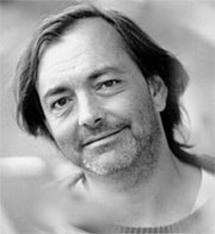 “I did not make it

No it is making me

It’s the very truth of God

And not the invention of any man.”

The Creed is a central song on Rich Mullin’s best work A Liturgy, A Legacy and A Ragamuffin Band, obviously as the core of the first section of that title. To hear and see it I encourage you to find the video where Rich beats away at his Hammer dulcimer out on the plains of Kansas (I presume!). Rich’s hammer dulcimer in the vast panorama of God’s creation is a very suitable setting for the song which is basically The Apostles Creed with the addition of this short chorus.

The short chorus I think is from GK Chesterton’s Orthodoxy. Rich had two things he carried everywhere and demanded you responded to. One was Brother Sun, Sister Moon a seventies hippie movie about Francis Of Assisi ( I had to watch it in a trailer in New Mexico at an unearthly hour of the morning!) and Chesterton’s Orthodoxy.

What shapes us is one of the most vital questions about us. For Rich his Christian faith as laid out so clearly in the Creed was what shaped him. This was not something he made up. This was God’s truth and he laid his life open to its demands in ways that I have rarely seen in other human beings. Rich lived what he was singing. I still miss him.

BE GOD’S; LESSONS FROM THE LIFE AND SONGS OF RICH MULLINS