Home Archives Profile Subscribe
THE IMPORTANCE OF THE ARTS IN OUR RECONCILIATION
GIVING MY MOTHER'S HANDBAGS AWAY, IN UGANDA

THE CULTURAL STIGMAS THAT DAMN OUR PEACE... BBC Radio Ulster Thought For The Day 25.8.17 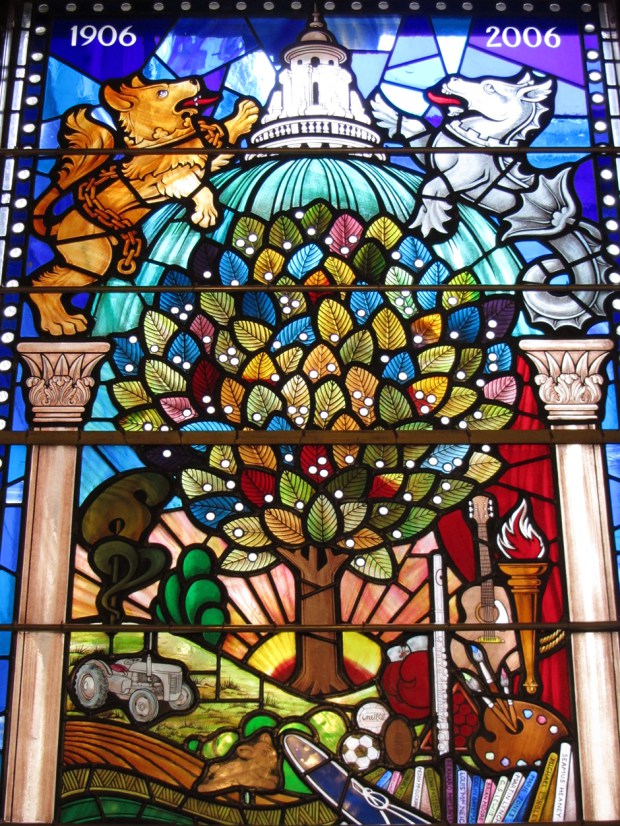 In the early part of July I was in David Sharland's garden, in Arua in the very north west edge of Uganda with a bunch of my Fitzroy congregation.

David works in agriculture and his garden is amazing. Against the run of play he captivates us with stories of plants and trees and herbs.

When he came to the Moringa tree he shocked me. He waxed lyrical, with his usual enthusiasm, about its many wonders and then he told us that the Moringa leaf could relieve the nutritional needs of millions of malnourished people in Africa.

BUT… in African culture to eat leaves is a cultural taboo. As David spoke I was staggered at how some cultural stigma could get in the way of saving lives.

There’s a tree at the top of the Centenary Window in Belfast City Hall. The plaque beside it reads, “The tree with the sun behind it symbolises hope, growth, regeneration and reconciliation.” It then quotes Revelation 2:22, “The leaves of the tree are for the healing of the nations.”

As David’s tale of the Moringa tree shocked me I wondered about those metaphorical leaves of hope, growth, regeneration and reconciliation. Are they all around us here in our wounded and wonderful wee country BUT we are damned by our cultural stigmas. Are we allowing the cultural traditions of bonfires, flags, language and our dealing with the past get in the way of a better future for all? Are we paralysed by the fear of what the neighbours would say?

It is a month since I walked around David Sharland’s garden in the pleasant warmth of an African evening. The image of the Moringa leaf won’t leave me though. It tugs like a dog at my heals. Eat the leaves Steve… don’t let cultural stigmas get in the way.

(This was a shortened version of our regular Column in the Irish News recently. For a fuller version of these thoughts click here http://stocki.typepad.com/soulsurmise/2017/08/the-moringa-tree-and-our-cultural-blocks-to-peace-in-ireland-published-first-in-irish-news-10817.html)