Home Archives Profile Subscribe
THE WAR ON DRUGS - A DEEPER UNDERSTANDING
PRINCESS DIANA... BIRD ON A WIRE - Pause For Thought 31.8.17

SOAP - A PRECIOUS GIFT IN UGANDA 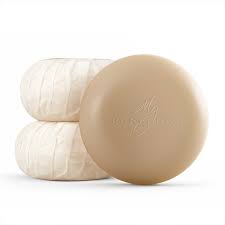 It is the little things.

It was last year’s trip to Arua in Uganda that the Stockmans caught the importance of soap. We had brought a few gifts of soap but when we brought a few out one afternoon and a woman almost grabbed it from our hands we started asking about soap. I mean how many of us consider the presence of soap in our lives. It has always been there, beside whatever sink we wash our hands. That afternoon I realised that in Africa soap is a precious commodity and never taken for granted in.

And so we thought that it might be nice to give a gift of soap to the teachers in Onialeku School where we partner in Arua. In fact, getting ambitious, we wondered could we gift a soap to all the children in the school.

I then put a simple message up on Facebook asking if anyone knew anyone in the hotel trade. Within minutes Janet Whitelaw-Jones and Rita Ebbinghaus-Ferguson had given me leads to Jonny Topping and Kenneth Sharp.

When I told Jonny and Peter what we were thinking they immediately said yes. Within a week or two Janice and Caitlin were picking up a couple of hundred soaps from Jonny Topping at the Stormont Hotel and even more excitedly, dancing around our hallway astounded and flabbergasted at the box of 1000 that the generous hearted Kenneth Sharp, owner the Salty Dog Hotel and Bistro in Bangor had delivered to the door.

On July 13th we had the thrill of giving out those soaps. It is always a joy to give gifts. When you know how much gratitude that the gifts are received, and the impact the gift will have, it is even more satisfying.

In Africa the lack of soap has literally deadly consequences. Hand-washing with soap can significantly reduce the incidence of diarrhoea, which is the second leading cause of death amongst children under five years old.

Regular hand-washing with soap at critical times of the daily routines can reduce the number of diarrhoea bouts by almost 50 per cent. Good hand-washing practices have also been shown to reduce the incidence of other diseases, notably pneumonia, trachoma, scabies, skin and eye infections and diarrhoea-related diseases like cholera and dysentery.

This year we actually taught the school staff how to make liquid soap which can be a little earner to sustain the school. Soap! A vital commodity!

Through the generosity of The Salty Dog and Stormont Hotel many people were overjoyed at their gift and implications for many families was so positive… with just a bar of soap. Thank you again Kenneth and Jonny… and Janet and Rita too!