Home Archives Profile Subscribe
MAY GOD... (SEE YOU THROUGH THE AWKWARD DANCE OF PAIN)
THE IMPORTANCE OF THE ARTS IN OUR RECONCILIATION 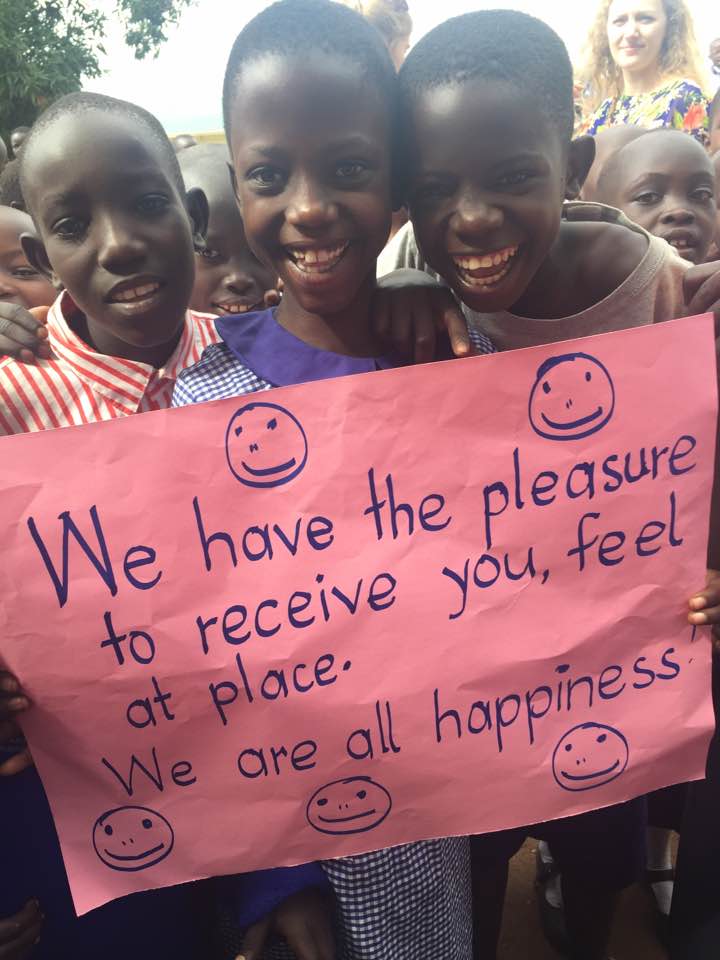 The best moments of mission teams are in the facial expressions. It is in the moments that people are so suddenly overwhelmed by something that their mouths and eyes cannot hide it. One of those was the joy one of one our sponsors children’s faces when she saw that there was a sharpener in her gift pack. A sharpener for goodness sake! Her face lit up. I found myself basking at gratitude in its purist form in these moments.

It is not only the Onialeku children where the face told a wonderful story. A parent of one of our teens has told me that as she looked at photographs of the trip she asked when she had last seen her daughter look that fulfilled and concluded that it was the last time she was there. With more adults on our team this year it was emotional, for Janice and I as leaders, to see their emotion at the welcome we received on the first day and then at the experiences every day after!

This year we had the joy of opening two major projects funded by Fitzroy. Since we tithed our own building project to fund Onialeku Primary School in 2015 we have watched a congregation taking this community to its heart. Two of our congregation, Richard Guthrie and Michael Fitch, cycled to fund a perimeter fence which it was a joy to have Michael and his wife Gillian open. Michael named the fence Richard!

Someone in the congregation anonymously donated money for a bore hole well. It was a joy to see the joy that Elma and Peter Greer had opening that. Every day I glanced across the school as people used that well, thinking of what a contribution that is to the school and wider community. Clean water. Right there. So many problems dealt with right there.

Of course we were not there to just open things or to observe facial expressions. However, these expressions are a symbol of why we partnered with Onialeku Primary School through Fields Of Love. Our aim is a mutual sharing of our wealth and poverty. We are wealthy in shillings. Onialeku is poor in shillings. On the other hand, in resilience, gratitude and imagination Onialeku share their wealth with us and do it lavishly. This is mutual discipleship as we are inspired, challenged and learn more about the life in all its fulness Jesus brings (10:10!!) from one another!

We broadened our contributions this year. As well as our youth team telling the story of Joseph through drama, music and crafts we did the I Am Girl programme which proved successful in sex education and building relationships. We taught the teachers to make soap and got to sell some at a the Community Day. Peter Greer started a guitar class and Janice’s knitting class has grown to 60 plus. We are hoping that soap making and guitar and knitting classes will continue!

This is our third summer in a row in these favourite two acres of land in Arua, north west Uganda. Every year you get to go a little deeper. Friendships strengthen, knowledge of the area increases and you become more and more aware of both the opportunities and barriers to progress. Pastors David and Joel, teachers Alice, Charles, Norman and the rest, the children Jacqueline, Rachel, Dinah, Jonathan and the 40 we sponsor never mind the other 250. Our love grows!

Since we were in Arua last summer, one million refugees have crossed into the area from South Sudan. Arua city centre was much busier. Of course most of the refugees are in Bidi Bidi the biggest refugee camp in the world. Ugandans are amazingly welcoming people and in their willingness to open their borders they send a discipleship challenge across our selfish British hearts. Those who have nothing give what they have. Those of us with much ashamedly don’t want to lose their decadent wealth!

If the refugee crisis has had implications in Arua as a whole it has also had implications in the school, with teachers being offered higher wages by the UN to teach in Bidi Bidi. Holding on to teachers is a huge challenge for poor schools. We need to help with a strategy to entice top teachers.

We also find that some of the pupils who have done well at Onialeku have little chance of progressing. This year one of our P7 girls showed great ability but with 5 in her family it is unlikely her family can afford her to go to High School. That is a huge waste of potential for her and Uganda. We are home to ponder that dilemma!

These are the challenges and it is an honour to be partnering in working them through. A few more of the Fitzroy community have caught the bug. The sharing of mutual poverty and wealth is increasing. We are home with a lot of things to apply to our lives. We hopefully leave some hope and potential. We thank Fields of Life for the amazing work they do behind the scenes to make all of this possible.