Home Archives Profile Subscribe
TOMORROW IN FITZROY - 18.6.17
THE GOSPEL ACCORDING TO... PAUL MCCARTNEY 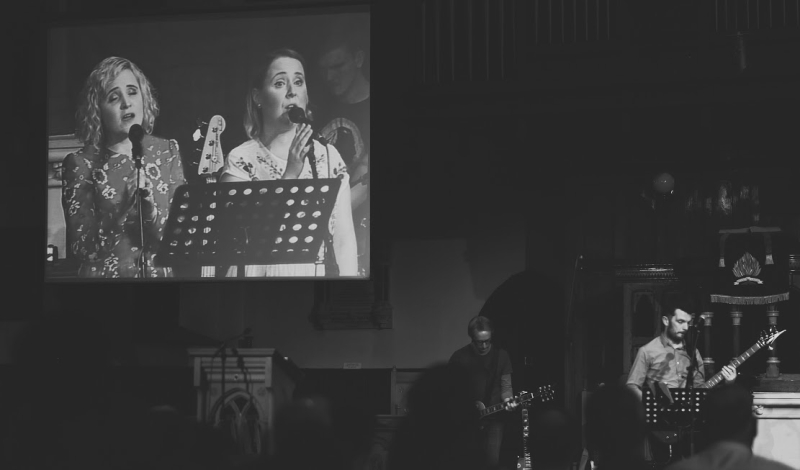 When news broke that U2 were going to take Joshua Tree on tour thirty years later there was much debate if they would do the album end to end or mix it up. I think we in Fitzroy declared that we would do it start to finish even before the band!

Of course the problem seems to be that the track listing of Joshua Tree put all the big hitting songs out front. Well, this weekend one of the recent concerts right through on YouTube and it would seem to me that to get around the fact that the album seems to splutter out hit song wise that the band have out the most emotional energy into the last three songs!

Those songs begin with One Tree Hill and Bono introduces it with the words, “This one is personal.”

The first night that U2 arrived in New Zealand one of the sound crew Greg Carroll took Bono up One Tree Hill. Greg was soon part of the band’s inner circle, working for U2. He was very close to Bono and his wife Ali but one evening doing Bono a favour, on Bono’s Harley Davidson, a car pulled out in front of him and Carroll was killed instantly.

That’s why this song is personal. It begins as a lament, a grieving catharsis:

“We turn away to face the cold, enduring chill

As the day begs the night for mercy love…”

Interestingly the “enduring chill” is referenced from a book by Flannery O’Connor whose writing was a big influence on Joshua Tree. O’Connor used the phrase to describe the Holy Spirit!

One Tree Hill is a seriously beautiful song of hymn-like pastoral tenderness. In perhaps one of Bono’s most successful pieces of poetic lyric until this point in U2’s career, he draws the sense of place of Gregg Carroll’s native New Zealand but also takes us back to the moment of the tragic accident, on a wet night in Dublin, with the mourning wail of:

“And when it's raining

That's when the rain will

Raining, raining in the heart

Raining in your heart…”

Ultimately this is a song of hope, a funeral song that sees death as not the end but another land mark on the eternal spiritual journey “like a river runs to the sea,” closely paraphrasing one of their favourite bands at the time, The Waterboys whose 1985 album’s title track went:

“Once you were tethered

Well now you are free

That was the river

This is the sea!”

The Waterboys were one of U2’s favourite bands at this time. Indeed, my friend Brian Scott had a conversation with Bono about The Waterboys that afternoon at the Kings Hall record of The Old Grey Whistle test in March 1987.

Like at any funeral of a spiritual believer, hope shines through the rain and the pain, Bono turning to the Book of Revelation chapter 6 where the apostle John sees the moon turn red and falling stars in his vision of this world’s end!

“I don't believe in painted roses

While bullets rape the night of the merciful

When the stars fall from the sky

And the moon has turned red

Over One Tree Hill”

Just this last week, Bono has used the “I'll see you again when the stars fall from the sky” in his message to Ariana Grande’s One Live Manchester concert. Belief. Hope. In the midst of this world’s pain.

I felt a certain sense of embarrassment over my riches as this one was being performed. It is 9 songs into the evening and when surely we cannot have any more good players or singers in Fitzroy we bring out a band whose back line have all recorded albums and eps and add to that the astonishing harmonies of the sisters Claire Nicholl and Laura Campbell. The sadness and hope of One Tree Hill have really sounded more sweetly bitter, full of sorrow and hope blended in melodies of reality.