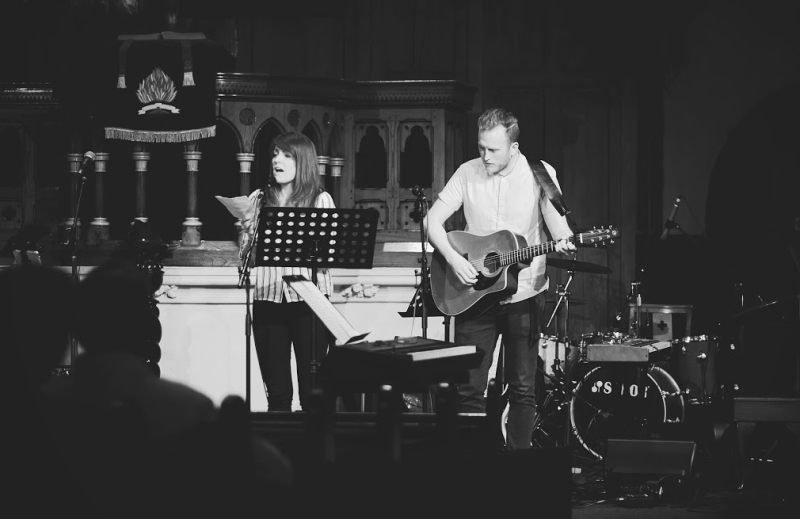 The title of the next song came from a comment that Bono’s brother made about how is restaurant business was doing. “It’s like I am running to stand still,” he said!

In the end Bono used that phrase to write Bad Part 2, as Adam described it. Bad, from U2’s previous album Unforgettable Fire, was about drug addiction and written about Andy Rowen, a childhood friend of Bono’s who would have Raised By Wolves written about him 30 years later.

I love this one particularly because I am from Ballymena - “I see seven towers/And I only see one way out.” LOL!

It was of course about the seven tower blocks in Ballymun, close to where Bono grew up in Dublin. Sadly, my beloved Ballymena became a bit of a drug centre too. Not so funny.

The lines that tugged like a dog at my heels for these 30 years are:-

“Sweet the sin
But bitter the taste in my mouth.”

We all know that, do we not. That sin that was sweet but then there is the after taste of guilt and regret.

When the woman saw that the fruit of the tree was good for food and pleasing to the eye, and also desirable for gaining wisdom, she took some and ate it. She also gave some to her husband, who was with her, and he ate it. (Genesis 3:6)

Then the eyes of both of them were opened, and they realized they were naked; so they sewed fig leaves together and made coverings for themselves. Genesis 3:7)

Then the man and his wife heard the sound of the Lord God as he was walking in the garden in the cool of the day, and they hid from the Lord God among the trees of the garden. But the Lord God called to the man, “Where are you?” (Genesis 3: 8-9)

The angelic, pure and almost classical voice of Shannon Clements brought a beautiful melancholy to this with the persistent rhythms of Danny Moore on acoustic guitar. Wow!