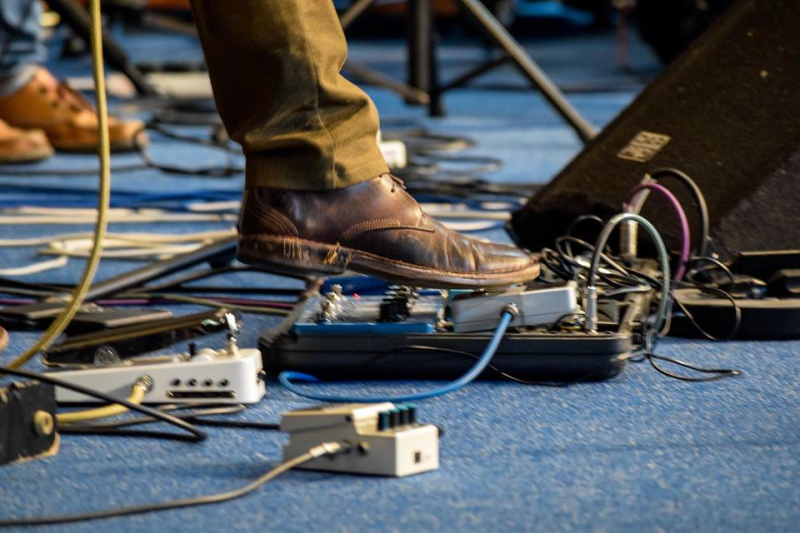 From the Africa of Where The Streets Have No Name, U2 now shift continents and we find Bono in Central America.

As well as their trip to Ethiopia, Bono and Ali also did a short tour of Guatemala and El Salvador with a guy called David Batstone and Central American Mission Partners. Batstone was an alumni of the Christian Westmont College in Santa Barbara and is now Professor of Ethics at University of San Fransisco.

While on that trip Bono and Ali were shot at going into a rebel backed area. Batstone told them to just keep walking, that they were only trying to frighten them. Bono said that that had worked!

As Bono watched the American government sponsored mortars coming down on peasant farmers his anger raged and when he came home he asked Edge if he could put the anger of Central America trough the amplifiers.

Though it never became the Biblical epic that Bono had intended there are hints of that direction in his thinking:

“In the locust wind

Comes a rattle and hum.

And the angel was overcome”

In the end the last lines are clever, poignant and prophetic. U2 have used this song in a various of protest spoken words over the last thirty years: -

“See across the field

See the rain comin' through the gapin' wound

Howlin' the women and children

Who run into the arms

Surely the toughest task, of many, that I gave my musicians tonight. The Radiator Blues Band rose beyond the task and John Trinder did shove all Bono’s anger through that amplifier. Again the Pete Clendinning's vocal was strong and the Rattle and Hum version of the spoken word part of the song reminded us of how U2 have used that so effectively for different purposes and tonight’s rant against TV evangelists was perfectly placed; at the front of a church!