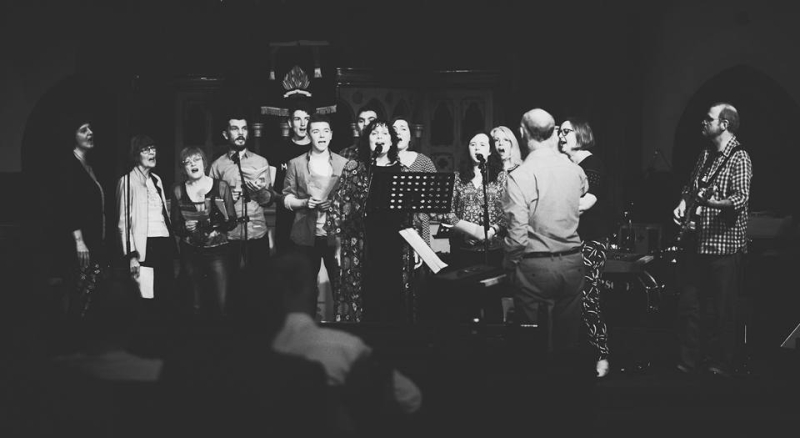 So, we come to the hymn of the evening.

When it came out it had evangelical Christians around the world convinced that Bono had lost his faith. All of us are too fast to judge a book by the cover, an press article by the headline or a song by one line out of context.

With a lazy surface reading of this song many said,  “How can you be a Christian and not have found what you are looking for?”

I always see it as a song based around Paul’s testimony in his letter to the Philippians. In chapter 3 Paul tells the Philippians that he has found grace - a righteousness part from the law - and that that grace is in Christ. He goes on however to say that he hasn’t found what he is looking for.

“Not that I have already obtained all this, or have already arrived at my goal, but I press on to take hold of that for which Christ Jesus took hold of me.”  (Philippians 3:12)

So at the heart of this song Bono tells us where is belief is rooted: – “You broke the bonds/Loosed the chains/Carried the cross and my shame/You know I believe it.” However, Bono hasn’t found in his own life or int he world he lives in the holiness or shalom that Jesus calls him to.

Another line I love in I Still Haven’t Found… is: - “I believe in the kingdom come when all the colours bleed will bleed into one.”

Those words took me immediately to South Africa where the colours needed to become one. Somehow Bono sees the blood of Christ’s cross as the power for that political change, much as in Sunday Bloody Sunday he had seen Northern Ireland’s answer - “and claim the victory Jesus won…”

My favourite version of I Still haven’t Fund What I’m Looking For is when black South African trumpet player and anti-apartheid campaigner Hugh Masekela, who had been exiled for years, came on stage with U2 in Johannesburg and blew his trumpet sounds over these words. Spine tingling.

So as we listen… have you found what you are looking for in your own life… in your church… in your world?

I STILL HAVEN’T FOUND WHAT I’M LOOKING FOR

With Peter Greer’s awesome Edge guitar and Caroline Orr’s strong vocal, Chris Blake conducts a choir of all ages to add the hymn-like spiritual sounds that this song needs… they took it to Church… even though we were in Church!