Home Archives Profile Subscribe
The Unforgettable Gig: When U2 Rocked The Kings Hall - Documentary About 30 Years Ago Today
I AM EVELYN AMONY 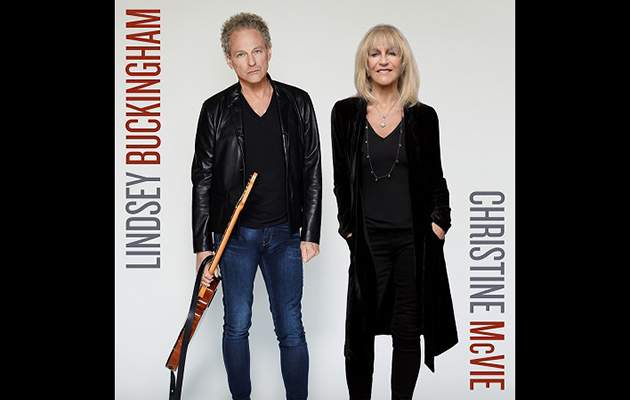 There’s something about the summer and Fleetwood Mac. Any glimpse of sun and opportunity to wear shorts, you can do worse than blasting out Rumours. It is West Coast rock after all.

So, on a recent sunny day I slipped Lindsay Buckingham/Christine McVie into my car stereo… and… it does sound like summer.

It is a long time since the last full Fleetwood Mac album and actually Christine McVie wasn’t on it. This one is certainly Buckingham McVie centric but, with Mick Fleetwood on drums and John McVie on bass, it is just as much a Mac record as Say You Will.

It seems it should have been a full band album but Stevie Nicks went AWOL for some reason. These guys have the same amount of interpersonal drama as Crosby, Stills, Nash & Young and without doubt the records have suffered for the personal issues. When you have made one of the best records ever made during which two of your couples are breaking up surely you could do better forty years later! When Christine McVie returned after 15 years away she deserved the best. Shame on you Stevie!

So, the Buckingham McVie record has suffered… but how much? On first listening I was very disappointed but it has very much benefitted for giving it time. the shimmering bounce of In My World would have graced any Mac record. There is no doubt that Buckingham’s raw songs have always benefitted from the smoothness of the band sound.

McVie’s Red Sun is another strong one. The lyrical storyline of regret and looking back on love could sit on Rumours though the chorus is just a little lacking, pleasant and all as it is.

Too Far Gone rocks out nicely and On With The Show rolls along. Game Of Pretend and the closing Carnival Begin reveals that McVie hasn’t lost her deft touch with a ballad.

On a hot sunny day, this is worth a whirl. It is steady and sturdy, if it doesn’t quite soar as only Fleetwood Mac can. It is a long way better than Time or Behind the Mask for sure but is a Stevie Nicks short of great.